PHOD Gay Jennings does us proud 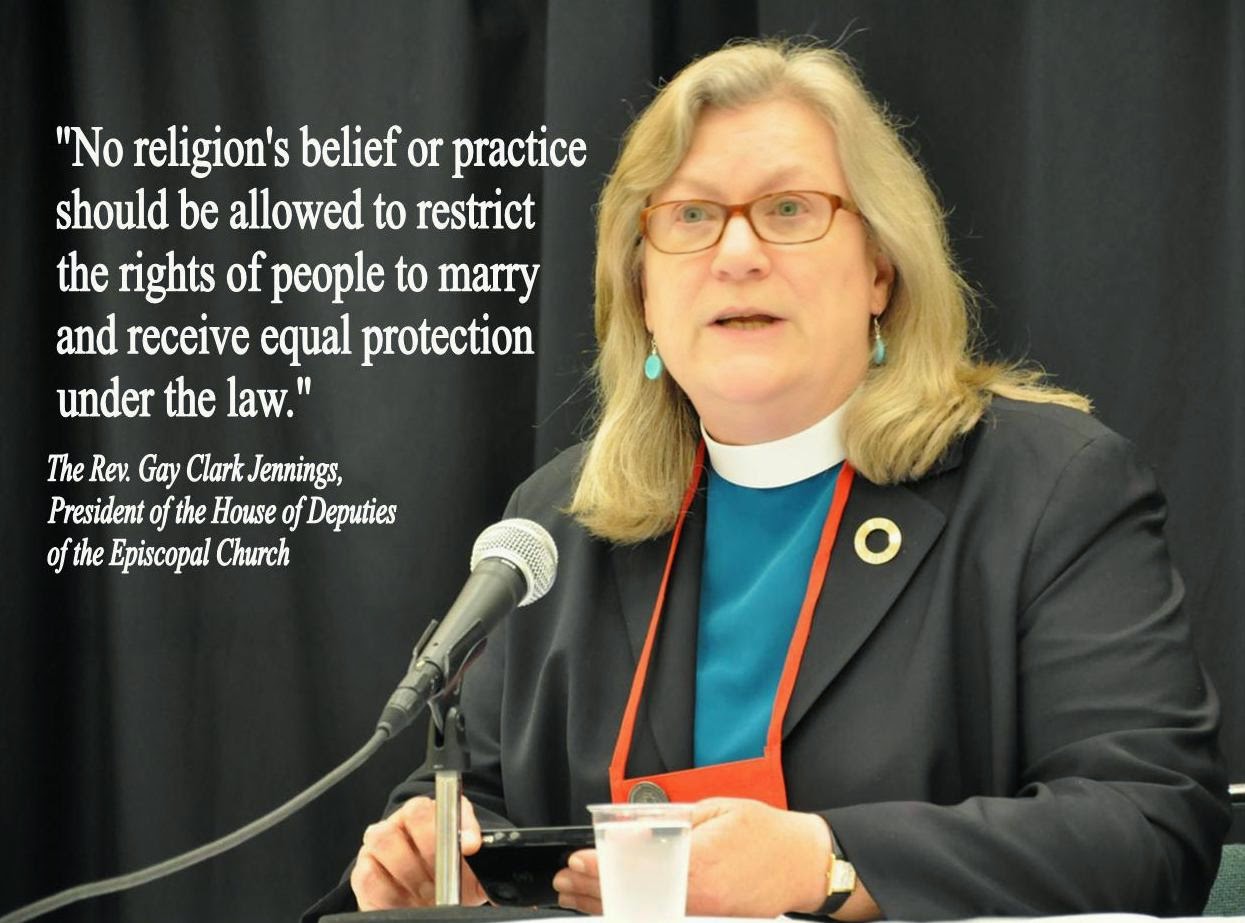 Today was the deadline for submission of Amicus Curiae Briefs -- literally, "friend of the court" briefs -- on the pending marriage equality cases in the Supreme Court. These are briefs that can be filed by "a person with strong interest in or views on the subject matter of an action, but not a party to the action, [who]  may petition the court for permission to file a brief, ostensibly on behalf of a party but actually to suggest a rationale consistent with its own views." [legal dictionary]

According to one news report, the Supreme Court was "swamped" with "dozens of legal briefs representing hundreds of thousands of parties calling for the bans to be overturned."

One of those -- a brief filed by Freedom to Marry & The Religious Institute -- represented faith leaders. A key quote from the brief:


"By reversing the judgment of the court below without reliance on religiously based arguments, and by affirming the constitutional promise of equal treatment for different- and same-sex couples, this Court will ensure that civil law neither favors nor disfavors any particular religious viewpoint. Requiring equal treatment for different- and same-sex couples with respect to civil marriage will, in fact, reaffirm the religious liberty fundamental to this nation’s founding identity. When the freedom to marry is fully respected, all couples will have the right to a solemnized union before a justice of the peace, while all individual faith communities will retain the right to decide who among such couples may seek religious sanction of their union."

Over 2000 clergy and faith leaders -- including me -- signed the brief, which included 117 pages of signatures. And here was number one: 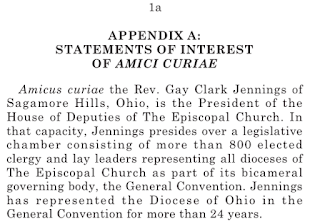