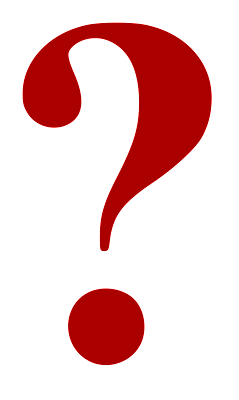 From the Boston Globe:

Celebrating 10 years of gay marriage in Massachusetts:
For a time, it seemed the gay marriage revolution might stop where it started. Then came a wave of change

And from the Wall Street Journal:

So here's my question -- bearing in mind I was a history major in large part because there was no math requirement so I am NOT the one to "do the math:"

Has anyone anywhere totalled up the actual cost in dollars, in blood, sweat & tears, in hours -- be they legislative, judicial, activist, lobbyist, protest and prayer or whatever -- that have been poured into the efforts to either secure or prevent marriage equality over the last decade?

Has anyone anywhere wondered whether headline number two might read differently if we had spent the last decade pouring all those dollars, all that blood, sweat & tears and all those hours into education and research on reversing the damage the human family is doing to our planet rather than fighting over whether a percentage of the human family should have access to equal protection for their marriages?

Seriously. You'd be hard pressed to find someone more committed to achieving marriage equality than I have been and I continue to be.

Nevertheless, the juxtaposition of those two headlines -- to steal a phrase from the old Anglican Digest -- Makes the Heart Sad. Or at least it makes MY heart sad.

Sad that we are still a human family so shackled by varieties of the sin of tribalism -- in this case, heteronormative tribalism determined to keep LGBT people as strangers at the gate -- that we can't muster the common will to work together to heal the planet we're screwing up by our greed and exploitation.

And sad that in the wake of the 60th anniversary of Brown vs. Board of Education as we approach the 40th anniversary of the first ordinations of women as priests in the Episcopal Church and mark the 10th anniversary of marriage equality in Massachusetts we still have so many miles to go before we're done with the racism, sexism and heterosexism/homophobia that infects our human family.

So Mazel Tov, Massachusetts! Thanks for leading the way. And kudos to all those who continue to labor, lobby and legislate toward the day when equal protection equally protects and when liberty and justice for all really means ALL. Tomorrow I'll get back to work. Really. But today I need to take a minute to be sad -- and to count the cost this human family of ours continues to extract from "this fragile earth, our island home" in our blindness, in our bigotry and in our fear of "the other." Kyrie eleison.
Posted by SUSAN RUSSELL at 4:52 PM

Don't you know what the GOTeaParty would say by now, Susan:

The Age of the Anthropocene is very demanding of its dominant species -- us. With God's help, we won't wipe ourselves and everything else out. This seems to be the task.

Religion is boring and irrelevant. Nobody cares what you do or don't do.

... which is why you're reading my blog.

Thanks for stopping by.