B012: What Could Possibly Go Wrong? 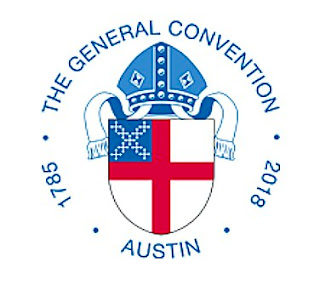 So just when you thought you were down to "finish laundry and pack for Austin" on your to-do-before-General-Convention list this ENS story hits your inbox: "Bishops propose solution for full access to same-sex marriage rites"

The "solution" is Resolution B012 ... proposed by several bishops as an alternative to Resolution A085 proposed by the Task Force on the Study of Marriage. It is seductively entitled "Marriage Rites for the Whole Church" and described as seeking to "find a lasting way forward for all Episcopalians in one Church."

What could possible go wrong?

For starters, there's this from Bishop Tom Ely ... Bishop of Vermont:


I think there is some genuine well intended effort behind this resolution, but I think it is limited in scope and effectiveness. I wish there had been some conversation with bishops and deputies who served on the Task Force for the Study of Marriage (I was one) in the same way that there appears to have been conversation with some Communion Partner Bishops. I would also add that following the 2015 GC, the Presiding Bishop appointed a "Communion Across Differences" Task Force of bishops, to which the bishop members of the TFSM reached out for conversation. Sadly, those conversations never materialized. Calling for such a Task Force in resolution B012 might be a good thing but would be better proposed (IMO) as a separate resolution. Let the substance of B012 as it relates to A085 be considered by Legislative Committee #13.

My first reading and reflection on B012 is that it continues to relegate marriage of same-sex couples to a 2nd class status (not BCP) and the DEPO language used is vague and begs the question of whether every couple desiring to be married in The Episcopal Church, will be able to do so in their home church, by their local priest. I look forward to the thoughts of others and to conversation in Committee #13, of which I am a member.

Then there's this fulsome response from Joan Geiszler-Ludlum -- Deputy, East Carolina and Chair of the Task Force on the Study of Marriage -- which includes:


Resolution B012 offers open-ended trial use without any eventual amendment of the Book of Common Prayer. Providing the liturgies for marriage for trial use in this manner relegates the liturgies for marriages of same-sex couples to perpetual second-class status. At some point, preferably sooner rather than later, these liturgies need to stand beside the current Prayer Book marriage liturgy as authorized alternatives. Baptized committed members of this Church and the LGBTQ+ communities have been waiting over 40 years for this Church to value and bless their committed, lifelong relationships on the same footing as the Church values and blesses the committed, lifelong relationships of different-sex couples. How much longer will we make them wait?


Resolution B012 further proposes an application of DEPO (Delegated Episcopal Pastoral Oversight) stating, “congregations may request, and when requesting shall receive delegated episcopal pastoral oversight (DEPO) by a bishop of this Church who shall provide access to these liturgies.”Joint Rule III.11 state: No proposal for legislative consideration which approves, endorses, adopts, or rejects a report, study, or other document that is not generally known by the members of the House or readily available may be considered by the General Convention unless such material is first distributed to both Houses. It is the responsibility of the proposer to provide the necessary copies to the Secretary of each House. DEPO in its current form is a policy enacted unilaterally by the House of Bishops, and implemented by and between bishops. As such it lacks fulsome discernment by the full polity of this Church. If it is to apply to trial use of the additional liturgies for marriage, it should be revisited and adapted for this specific context.

In her comment on the ENS website Ruth Meyers (Dean of Academic Affairs and Hodges-Haynes Professor of Liturgics at CDSP) offers this important clarification:


The bishops’ resolution deals only with the marriage liturgies approved for trial use in 2015, not other revisions proposed by the Task Force on the Study of Marriage. Resolution A085 would also change “Concerning the Service” of Marriage and the Catechism to state that marriage is a solemn and public covenant between two people. This language allows room for broad interpretation: those who understand marriage to be available to same-sex couples as well as different-sex couples, and those who understand that the two people must be a man and a woman. The trial-use liturgies would be added to the Prayer Book, not replacing the current marriage service, and so not requiring anyone to use the gender-neutral versions of the rite.


B012 is a well-intentioned but badly framed effort at compromise that creates more problems than it solves. It enshrines a separate and ergo inherently unequal status of second class access to the sacrament of marriage for same-sex couples. And it privileges the theological consciences of some Episcopalians over the 1976 promise of "full and equal claim with all other persons upon the love, acceptance, and pastoral concern and care of the Church" to the LGBTQ baptized.

We can do better. As laity, clergy and bishops working together we can craft legislation that guarantees that no one will be compelled to participate in nor to preside at any marriage -- and at the same time assures that no one will be denied access to the sacramental rites for marriage offered by this church to its members. I believe A085 gets us a long way toward that goal and look forward to the work of Legislative Committee 13 as we work together to listen to the Holy Spirit as she continues to call the Episcopal Church into God's future.