Time Out for Some L.A. Tourism 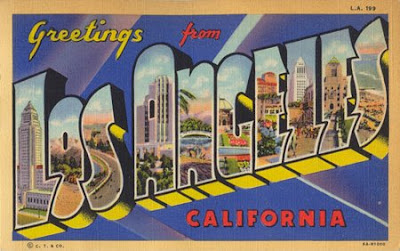 My son Jamie is home for a couple of days of leave before heading to a new duty station (Fort Campbell KY) so today was a day off from things All Saints Church/Episcopal/Anglican/Marriage Equality/etc. as we decided to be tourists and check out two places Jamie hadn't seen before: The Watts Towers & Griffith Park Observatory.
The Watts Towers are "a collection of 17 interconnected structures, two of which reach heights of over 99 feet (30 m). The Towers were built by Italian immigrant construction worker Sabato ("Sam" or "Simon") Rodia in his spare time over a period of 33 years, from 1921 to 1954. They were designated a National Historic Landmark in 1990." 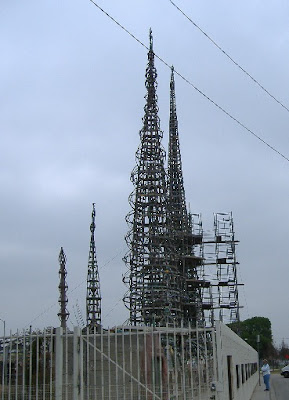 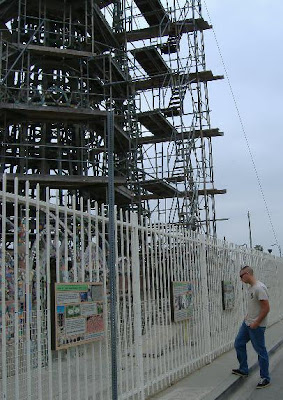 Jamie checking out the "walking tour" information signs, including: 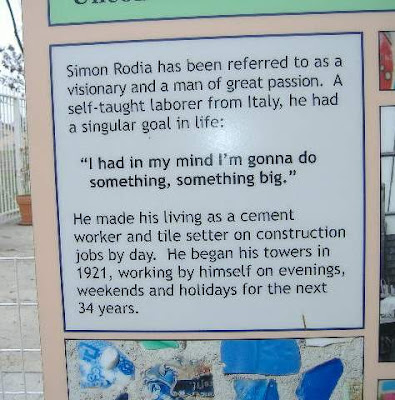 And he "did something big" all right! 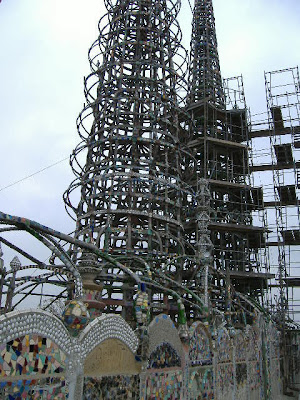 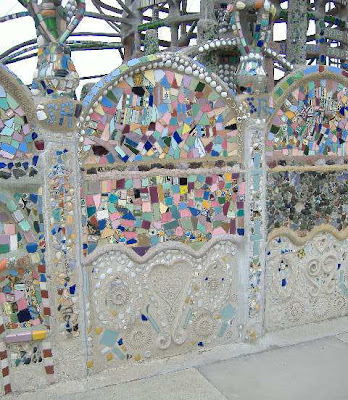 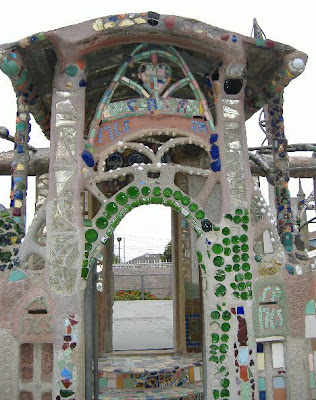 Then it was off to the Griffith Park Observatory ...
up in the Los Feliz hills overlooking Los Angeles. 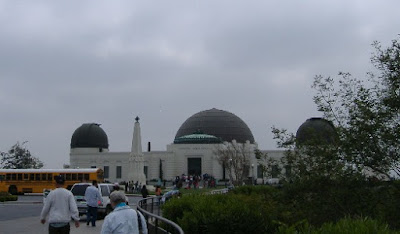 Recently renovated, the displays were awesome ... 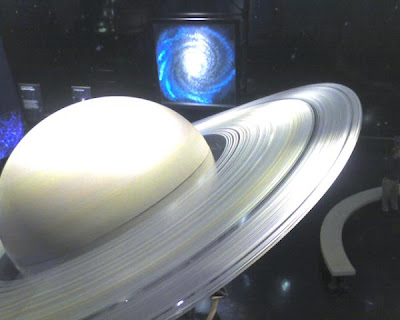 ... and we peered into lots of telescopes
and rubbed shoulders with bunches of school children. 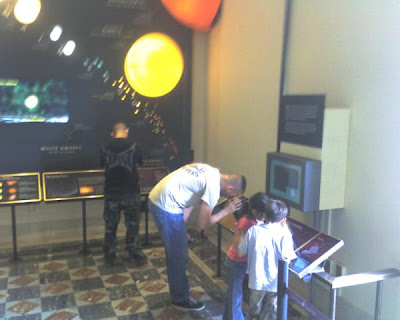 On the way out, Jamie had a little moment with James Dean ... 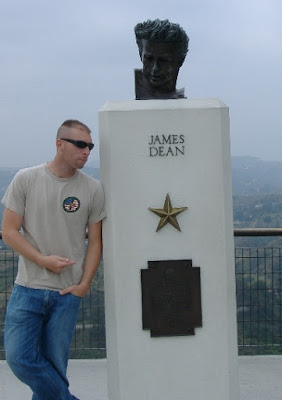 ... and then we took pictures of each other in front of the Hollywood sign ... 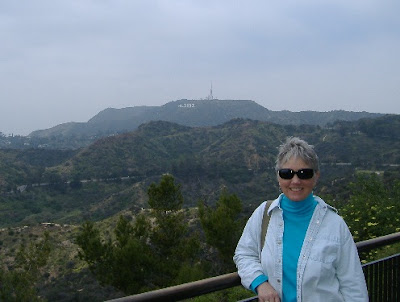 (you don't get much more "touristy" than that!) 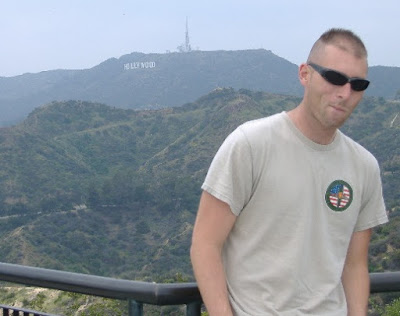 And now we're going to grill some steaks and get him packed up to head east ... tomorrow will be soon enough for things All Saints Church/Episcopal/Anglican/Marriage Equality/etc.
.
Posted by SUSAN RUSSELL at 5:50 PM

What I love in these photos is that Jamie continually looks like he's holding back laughter. That is a young man who truly enjoys spending time with his mother, and it's good to see.

I think it is cool, that he is not "Too Cool," to do things like this with his mom!

Hey Susan did you see the Iowa news??

(and great pix, by the way)

Good luck to your son at his new duty station and glad you had a day of fun with him. My daughter is only 7 but i know the time is short for that sort of things.
GOD bless

What a great post and how nice to see your son in LA with you!

I used to live in Los Feliz, how I miss it so. This summer I did finally get to visit the renovated Observatory and it is amazing!