Question for the "Protect-Our-Marriage/Screw-Your-Marriage" folks: 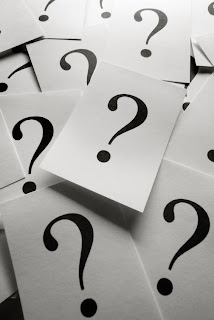 So what if 100 years from now 52% of the voters were "Traditional Values" Muslims and they approved a ballot measure stating that "only a Sharia Marriage is valid or recognized in the State of California."

Wouldn't the 14th amendment come in kind of handy then? Wouldn't freedom of religion and freedom from religion seem like a pretty good idea at that point?

Apparently, the answer they give to that is that Islam doesn't qualify for a religion in the US. They literally do not believe that freedom of religion includes Islam which is why they are protesting peaceable muslims building mosques.

U.S. exceptionalism, and the hubris of a certain ilk of Christianity, are blind to justice and peace, it seems, much less just the sheer logic of "what goes around, comes around." It's difficult for me to even have a cogent conversation with otherwise educated people.

Then we'll Proposition 9 which will change the Cali constitution to say that a Muslim vote is only worth .6 Christian votes because our Founding Fathers were all Christians and Jesus spoke Elizabethan English with a Texan accent, don't you know?

It is fairly clear to me that these folks really believe they are the (drum role please) real Americans and only real religion. So they do not see any inconsistency in demanding that their religious view of marriage be enacted but not Islam's.

It is all rather pathetic.