Just when you think it can't get worse, they keep talking. Seriously. 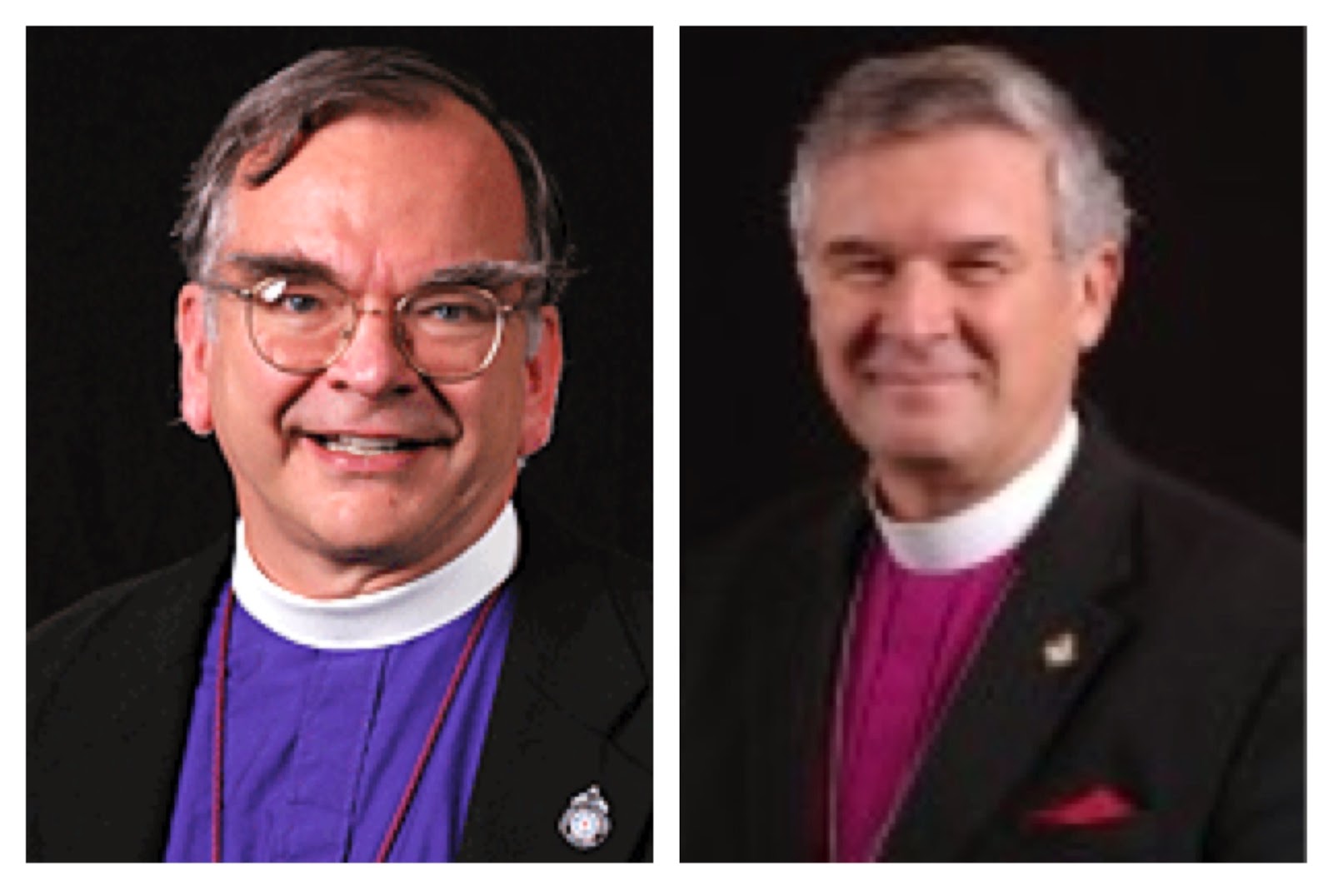 I'm still on the email list for the American Anglican Council so I get regular updates from my former L.A. clergy colleague David (now, as near as I can tell, a Bishop in the Anglican Church of Nigeria, although, as they say on Facebook, "it's complicated") Anderson. [pictured above, right]

I have to say, David continues to strike me as nothing so much as an erstwhile lover who [a] dumps you and then [b] stalks you. He left the Episcopal Church a number of years ago and just can't seem to quit us -- or at least quit writing about us, worrying about us, commenting on us and bewailing our "homosexual agenda" -- about which he is far more fixated than any LGBT person I've ever met. And I've met a few.

Eventually, liking a "good fight" wasn't a good enough reason to stay and David left to be part of CANA -- The Convocation of Anglicans in North America -- which Wikipedia describes as:

ANYWAY, I still get his newsletters including the one that came the Saturday before Palm Sunday ... focusing on the firing of a Mozilla executive for contributing to the Yes on Prop 8 campaign here in California. Seriously. The day before Palm Sunday -- on the cusp of the holiest week of the Christian year, the journey to Jerusalem, to Golgotha, with the cross, the tomb and the Risen Lord to reflect on, he wrote about this:


You have been reading about the sudden resignation/firing of the head of Mozilla just days after being named the CEO. Brendan Eich became the latest casualty in the pro-gay war against nonsupporters of the homosexual agenda. Eich was shoved out because he opposes same-sex marriage and apparently refused to recant his views and have "666" stamped on his forehead.

I kind of filed it away -- because I actually DID get pretty busy with the holiest week of the Christian year and all that that entails here at All Saints Church. Twenty-four services between Palm Sunday morning and Easter afternoon -- feet to wash and vigils to sit and sermons to preach and babies to baptize and new members to welcome.

And then today I got an update from my friend Jim Naughton about this story over on Episcopal Café. It seems that Bob Duncan (another erstwhile Episcopalian-now-bishop in either the Southern Cone or Kenya ... I can't quite tell ... pictured above, left) was one of the GAFCON bishops issuing the following statement:


We are equally concerned for the affected communities in Chile from the recent earthquake, terrorist attacks in Kenya, and the backlash from the international community in Uganda from their new legislation.

I know. "Equally concerned" about earthquake victims in Chile and victims of terrorist attacks in Kenya and (wait for it!) the "backlash" against the "if we can't kill them at least let us put them in prison for life" anti-gay legislation in Uganda?

Jim Naughton reported on Facebook that Religion News Service gave Archbishop Robert Duncan of the Anglican Church in North America the opportunity to say that he does not support Uganda's harsh anti-gay law. He refused to do it. So, wrote Jim, here are two questions for the archbishop and his church:
Not holding my breath waiting for the answers -- because I suspect I know what they are.

How many years has it been since Bishop Gene Robinson's ordination, and yet David Anderson is still a victim of a "pro-gay war."

How many millions of words have been written since then on what the Bible actually says about LGBT persons, and on what medical science tells us? How many LGBT voices of witness have we heard? How many straight people, such as Debby Boone, have become the straight allies of LGBT persons?

The ABC states that he still has "a million questions" on LGBT issues but at least that implies he would listen to the answers. Even Pope Francis sounds willing to listen.

David Anderson, not so much.

Many of us were privileged to stand with Melvin and Stephen last Saturday as they committed their lives to each other in front of their friends, families and church community. The only item on the agenda that remarkable day was love.

Yet David Anderson still persists in a war against what we witnessed and experienced.