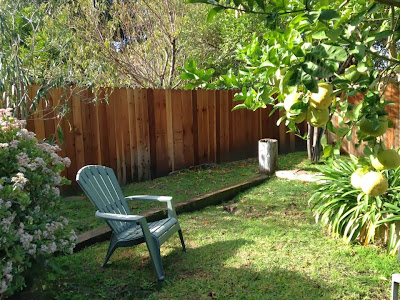 After eleven years at All Saints Church I'm on sabbatical. For three months.

Here's how it was described in our parish newsletter:


"Sabbatical” -- derived from the biblical “sabbath” -- is intended as a time for refreshment that “will nurture and feed the body and soul for renewed ministry.” Susan Russell will begin a three month sabbatical leave this week-- January 9 -- returning April 6 in time for Holy Week and Easter. Her plans include rest, recreation and a writing project – what she’s calling a “narrative history of the Anglican Inclusion Wars” chronicling the work of moving the Episcopal Church forward on LGBT inclusion.

I had a wonderful "send off" from the parish on Sunday ... at the 11:15 service Ed invited everyone to participate in what we call "The Big Blessing" and I got well and duly prayed over. (And was SO moved by the folks who emailed and said they had participated from as far away as Massachusetts thanks to our "live stream." Awesome!) Thanks to Mel Soriano for capturing the moment here: 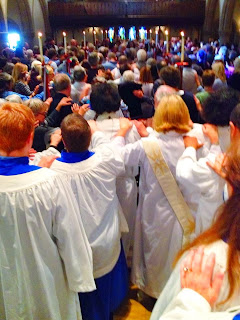 I slept in. (WAY in.) I read some more of Jay Johnson's upcoming brilliant new book "Peculiar Faith." I finally saw the Season 4 launch of Downton Abbey. I watched a LOT of reruns of Chris Christie's press conference on the "Bridgegate" Scandal. And I started to think about thinking about how to organize my time over the next three months.

We'll take a couple of long-weekend trips -- one to visit family and one to chill out at the beach. I'm hoping to attend the Episcopal Urban Caucus Assembly in New York in February. And I'll meet with the Task Force on the Study of Marriage at the end of March.

I hope to clean out some closets, organize some photos, read some fiction and get more exercise.

And I plan to get started on this narrative history of the "inclusion wars" that I've been mulling for a good long while now. It is the story of a movement that took the Episcopal Church from the threat of an ecclesial trial for a bishop who ordained a partnered gay man in 1996 to the approval of liturgies for the blessing of same-sex relationships in 2012 -- and, we hope, beyond to full marriage equality in the not-too-distant future.

It is the story of the prophetic, persistent work and witness of an extraordinary cohort of Jesus following justice makers who not only dared to imagine a future "beyond inclusion" but dared to make it a reality. I hope I can weave the didactic details of the journey together with the narrative history of the journeyers into a piece that will not only inform but inspire.

I hope it will be a piece that will not only archive what happened to move the Episcopal Church forward on LGBT inclusion but will inspire readers to take what we learned in that struggle about building coalitions, overcoming setbacks and staying on message and apply those lessons to the other seemingly intractable challenges we face: from ending gun violence to implementing immigration reform; protecting women's health care to working for economic justice.

Posted by SUSAN RUSSELL at 5:18 PM

Bon Voyage (on the sabbatical "journey")!

Enjoy your sabbatical. I could use one!

"I watched a LOT of reruns of Chris Christie's press conference on the "Bridgegate" Scandal."

Really? Why? I was pretty blase about it myself. Governor's aides write e-mails about how glad they are that the bridge work is causing headaches for his political enemies. There's no evidence that the governor actually knew or planned it. The governor finds out about it and fires them. Unless any direct complicity is found that'll be pretty much end of story.

Maybe I'm just jaded because of how things run in Illinois. When you've see 4 of your last 8 governors go to jail on felony charges, this seems like small potatoes. And it's not like the NJ department of revenue started harassing organizations that oppose his policies or that he ignored and then lied about an attack on a group of government workers that killed 4 of them or anything like that.

For the "why" ... because that's what was on all day Thursday.

As for the rest -- not biting.