AND THEN THERE WERE ELEVEN!!

From the NYT: Delaware on Tuesday became the 11th state to permit same-sex marriage, the latest in a string of victories for those working to extend marital rights to gay and lesbian couples. The marriage bill passed the State Senate by a vote of 12 to 9 Tuesday afternoon ... just five days after a similar decision in Rhode Island and followed ballot-box victories last fall in Maine, Maryland and Washington.

I love this photo ... snagged just a few minutes ago from twitter .. by @DoverDelDenison of Governor Markell preparing to sign the marriage equality bill into law: 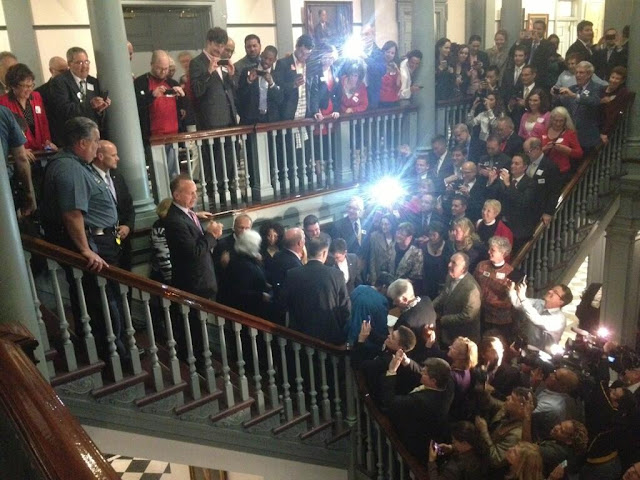 TICK TOCK LIBERTY AND JUSTICE FOR ALL!
Posted by SUSAN RUSSELL at 3:07 PM