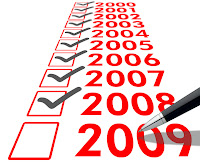 As the old year passes into the new, here's a little "year in review" look back at some random moments to remember from my memory banks of the year we're just about to "check off" ... as we move forward into God's future! 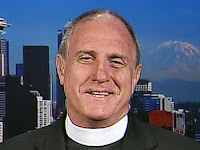 It was the "being gay is a gift from God" comment heard (literally!) 'round the world -- a moment that continues to bring people to All Saints Church and increase our opportunity to get out the Good News of the God who loves absolutely everybody.

Gene Robinson at the Inauguration (January) 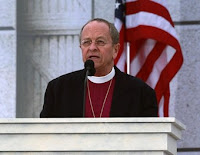 More history made during President Barack Obama's historic inauguration events when the Bishop of New Hampshire offered the invocation at opening event at the Lincoln Memorial.

Hillary Rodham Clinton's confirmation as Secretary of State (94-2) was another January moment to mark.

Douglas Hunter's documentary continued to draw attention and find audiences ... from PFLAG gatherings to high school "diversity days" screenings to several film festival showings it was a huge privilege to continue to be part of this "across the divide" offering of folks of different faith traditions coming together around common values of justice and compassion. 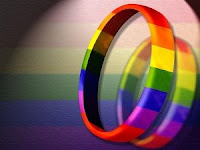 Iowa and Vermont joined Massachusetts and Connecticut in the "marriage equality column" in 2009 with New Hampshire legalizing same-sex marriage with a deferred "start date" of January 1, 2010. Losses at the polls in Maine and in the courts in California were "one steps back" after these steps forward ... but wise movement leaders advise setting audacious goals and celebrating incremental victories ... so here's to celebrating the gains while we strategize to reverse the losses!
. 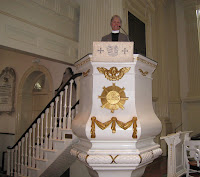 One of the highlights of 2009 for me was the privilege of preaching at Christ Church, Philadelphia as part of the Equality Forum weekend. As a cradle Episcopalian/ American history geek it was really quite the big deal. (And I loved every minute of it!)

Another spring highlight was the chance to be part of another HRC "Clergy Call" on Capitol Hill -- lobbying for the Matthew Shepard Hate Crimes Act and for an inclusive ENDA (Employment Non-Discrimination Act). Wonderful to see some of those seeds brea fruit with the October signing of the Hate Crimes Act. Still work to do on ENDA, but we press on!

"Marching to Anaheim:" All General Convention All the Time (July)

General Convention 2009 consumed most of our time and energy in the work leading up to it and for the ten days we were in Anaheim. It was a watershed time for the Episcopal Church and I while I'm not going to revisit the all that happened in Anaheim here, suffice to say we met our goals of moving the church beyond B033 and forward on equality for the blessing of same sex unions ... in spite of the best efforts of the Archbishop of Canterbury. (Bless his heart!)

Here's the post-convention post-mortem blog link for a refresher course on the legislative details if you need one.
.
And then there's this slide show of Anaheim moments to remember: 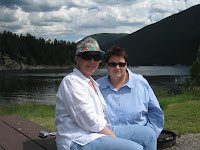 A great road trip to Colorado for Louise and me and then a quick trip to Kentucky to visit my boys finished up our summer ... time with friends and family and NO Anglican Angst! Hooray

"The Reverend Canon" ... who'd have thunk it? (September) 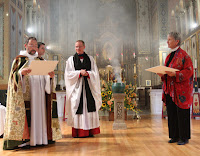 Being recognized by my bishops and diocese as an honorary canon of the Diocese of Los Angeles at a September Evensong was a huge honor and one I am still "growing into." As noted earlier on this blog, it doesn't some with a paycheck or a parking space -- but it was and is an extraordinary and humbling gift to have the work I've been called to do recognized and celebrated by the diocese of my birth, baptism, confirmation and ordination. 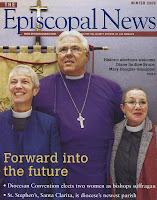 For great profiles on our bishops-elect, check out these two recent new features in:
The Chestnut Hill Local
The Los Angeles Times

Forward into the future, indeed!

And here's wishing you -- and those you love, serve and challenge -- every best blessing in the New Year and always!