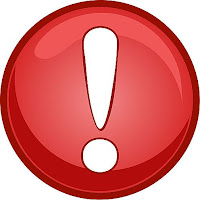 Please file away these fun-facts-to-know-and-tell about the Episcopal Church in general and our policies on ordination in specific. I know I will.

Because, unless I'm completely wrong -- (and I'm rarely "completely" anything!) I believe you will find them helpful to refer to in the days and weeks to come. So file them away. Forward them to your bishops and Standing Committees. Pull them out when the Letters to the Editor get it wrong. Use them when you reply to blog posts or comments. Let's keep the record straight (so to speak!) as we keep the church moving forward!

"All Bishops of Dioceses and other Clergy shall make provisions to identify fit persons for Holy Orders and encourage them to present themselves for Postulancy. No one shall be denied access to the selection process for ordination in this Church because of race, color, ethnic origin, sex, national origin, marital status, sexual orientation, disabilities, or age, except as otherwise specified by these Canons." -- Title III, Canon 4, Section 1 of the Constitution and Canons for the Government of the Episcopal Church in the United States of America, p. 60

Resolved, That the 76th General Convention affirm the value of "listening to the experience of homosexual persons," as called for by the Lambeth Conferences of 1978, 1988, and 1998, and acknowledge that through our own listening the General Convention has come to recognize that the baptized membership of The Episcopal Church includes same-sex couples living in lifelong committed relationships "characterized by fidelity, monogamy, mutual affection and respect, careful, honest communication, and the holy love which enables those in such relationships to see in each other the image of God" (2000-D039); and be it further

Resolved, That the 76th General Convention recognize that gay and lesbian persons who are part of such relationships have responded to God's call and have exercised various ministries in and on behalf of God's One, Holy, Catholic and Apostolic Church and are currently doing so in our midst; and be it further

Resolved, That the 76th General Convention acknowledge that members of The Episcopal Church as of the Anglican Communion, based on careful study of the Holy Scriptures, and in light of tradition and reason, are not of one mind, and Christians of good conscience disagree about some of these matters. [source link]

From the Presiding Bishop last week on NPR:

NPR: So the bottom line is it fair to say that at least the door has been opened for gay and lesbian bishops in addition to Bishop Robinson.

KJS: The door has been open for many years.

NPR: So if an openly gay or lesbian person were to make it through to the stage where he or she could be consecrated bishop you would go ahead with that.

KJS: It is my duty, my canonical duty as Presiding Bishop, to take order for the consecration of a bishop whose election has been affirmed by the consent process.

KJS: The conversations been going on in The Episcopal Church for 45 years. The reality is that same-sex unions are blessed in many churches of the Anglican Communion. Not just in the United States or Canada, but in the Church of England. Not officially but that is reality.

NPR: Do you think there is scriptural basis for what the convention did and what is it.

KJS: The scriptural basis for what the convention affirmed about our discernment process is that each human being is made in the image of God. [source link]

Posted by SUSAN RUSSELL at 1:26 PM

It's common knowledge that "rules" in general only apply to conservatives so I'm not sure using the canons as a defense is something that should be touted; it only exposes previously ignored violations.

Forget the politics; TEC needs to be loud and clear of who they are, what they believe and why... and do so without any regard to "political" consequence.

The canons are NOT our "defense" -- they are the context in which we are living out our call to preach the Good News of God in Christ Jesus available to all.

And as far as the law and prophets go, we follow the one who told us that loving God and loving neighbor as self are what ALL the law and prophets hang upon. He didn't say ignore the law -- he said use it to point to the Gospel. And that's what we're doing with the canons and resolutions that express the mind of this church about its mission in the world.

The canons also say that the Eucharist should only be provided to baptized Christians and that marriage is only for a man and a woman. Does your parish practice "open communion" and invite non-baptized people to participate? Are you going to "marry" same-sex couples?

If so, your argument that we should be bound by the canons in this matter is rather self-servingly selective and not persuasive.