Details on Dar Es Salaam Meeting of the Primates

From this morning's release by the Anglican Communion News Service: 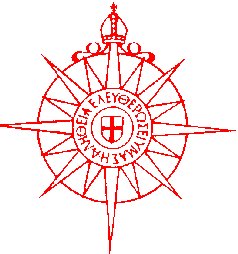 The Primates of the world-wide Anglican Communion will gather for their regularly scheduled meeting 14-19 February, 2007, Jangwani Beach, near Dar Es Salaam, Tanzania. Other Inter Anglican Meetings will be held around those dates at the same venue.

As "primus inter pares" - first among equals, the Archbishop of Canterbury gathers his fellow primates together for Bible study, worship and conversation on the current state of affairs and mission in the global church. Archbishop Rowan Williams has stated that he is looking to the Primates for guidance on matters relating to the Lambeth Conference 2008 as well as looking at the Episcopal Church's response to the Windsor Report, in light of a special report to be discussed from a sub-committee of the Anglican Consultative Council (ACC) and Primates Standing Committee. There will also be reports on the Panel of Reference and The Listening Process work.

Read the rest here ... and do keep all involved in this important meeting in your prayers in the days and weeks to come!
Posted by SUSAN RUSSELL at 9:32 AM