Those Pesky Activist Legislators Are At It Again 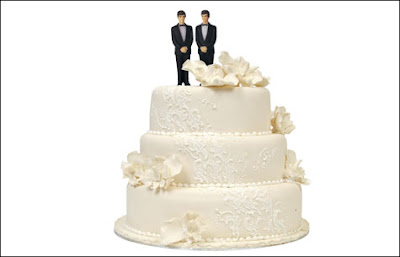 So when judges strike down marriage discrimination laws they're usurping the will of the people and acting as "activist judges." And when the elected representatives of the people (say for example, the California Legislature) approves Marriage Equality then the Governor vetoes it because ... wait for it ... it's a matter for the courts to decide.
.
Can you say "catch-22" boys and girls?????
.
And here we go ... again.
.
From truthdig
Gay Marriage Approved in California, Again

Arnold Schwarzenegger has until mid-October to put his pen where his mouth is on gay issues. For the second time, the California Legislature has passed a law that would make marriage in the state gender-neutral. The governor vetoed the first effort back during his more conservative phase.
The Human Rights Campaign’s Joe Solmonese warns Schwarzenegger to consider his legacy: “We urge Gov. Schwarzenegger to think about how the history books will remember this decision. He has an opportunity before him to be remembered as a courageous governor who stood up for equal treatment under the law for all families.”
Stay tuned ... and don't hold your breath!
Posted by SUSAN RUSSELL at 10:29 PM