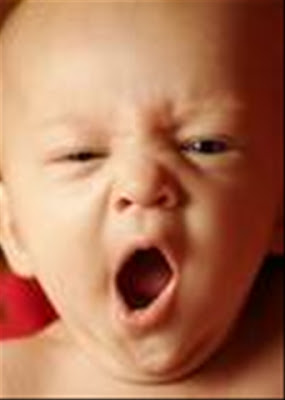 That was my reaction to the announcement that the "Common Cause" partners had launched yet-another plan to reinvent Anglicanism. I suppose I should care more about what they're doing but I just can't manage a whole lot of interest.

I did manage a little amusement when I checked in on the blogs after a 24 hour hiatus (rumor has it they're called "days off" and some people actually take them on a regular basis: IMAGINE!)

Anyway, I had left a comment over at titusonenine on the Common Cause statement which said simply, "Yawn." And boy howdy a lot of people had a lot to say about that! Almost as much as they did about who has the Trinity figured out and who doesn't. Go figure.

We're really supposed to get excited about the "breaking news" that a bunch of malcontent bishops and their neo-con followers are trying to figure out a way to have their sola scriptura cake and keep their Anglican cassocks, too? Episcopal Synod. Episcopalians United. Forward in Faith. ACC. CANA. AMiA. And now "Common Cause."

Forgive those of us who have been at this awhile if we greet this particular "breaking news" with a big old yawn. And then let us have a day off to rest up before we get back to work. Because if I'm clear about anything I'm clear there is a heap of work to do to move this church from where it "is" (which our bishops keep telling us they were "clear" about in their Response last week) to where God is calling it to be.

I wish I could say "Yawn" but I'm too close to Pittsburgh and have friends who fear losing their church homes. It doesn't matter whether Duncan's handlers buy the properties which they are convinced they won't have to or abandon them. Many good people who have been consistently lied to will be hurt. Many feel hopeless because they are being ignored by 815. I just get angry at all (un)concerned.

Ayup - "Yawn" is the best observation I can think of - for the whole church in general, not just all the bickering on both sides of the fence. If it wasn't for the outrageous notion that just maybe I'm making a difference when I get on the bench every sunday, I'd probably just sleep in...

Who goes to the trouble to compose and post an article about something which does not interest them at all, and only inspires yawns?

When I read the comments over at OneNine, and the oft repeated mantra, "you should be happy, we're leaving," it reminds me of an old Bugs Bunny episode where Yosemite Sam is trying to get Bugs to stop talking. Finally, when Bugs won't stop going on about how he would never keep talking when told to shut up, Sam, in total frustration, shouts at Bugs to "Shut up, shuttin' up."

With all due respect to those in the Pittsburgh camp who say they're leaving, if you're really and truly going, please stop telling us and get on with it. You'll be happier and we'll appreciate the peace and quiet. Oh, and be sure to take your praise bands and projection screens with you.

Sorry, that last bit wasn't the sort of comment our Lord would condone, was it?

It was a slow news day.

Within 3 - 5 years the Episcopal Church will be down to about 1.5 million members - most of whom will agree with or passively allow your various positions.

Churches, dioceses, and people are leaving with staggering intensity...well beyond the 2% who have a problem with "us".
You won!

The Church of your dreams is coming true - no one to talk back or question.

Ooops,
I forgot to add:

So I guess that when the Big Divorce is over then the progressive GLBT/ECUSA Church will have to plan something for its own survival. Let's pretend that THIS should be talked about rather than the realignment plans of hundreds of parishes. It's a done deal. Period. What IS the plan for the survival of the Episcopal Church after the exit of thousands of its members and hundreds of its parishes? Show me where "The Plan" is working today.
(Not New Hampshire - that diocese has not sustained growth).

As a natural consequence of current litigation maybe liberal rectors can get their real estate licenses to start turning a profit on all the empty buildings that they will be in charge of. The children's rhyme will then be:
"There went the church,
but here's OUR steeple,
open the doors,
not many people".