Here's one that came to me last night on Facebook:

Q. I have a question that maybe you can answer if you want ... if not I understand. How do you balance faith with science?
A. The same way I "balance" apples and oranges. I don't.

Faith and Science are NOT "either/or" disciplines to be "balanced." In a nutshell, faith asks the "why" questions -- science tries to figure out the "how" questions -- they work together.
My faith is in the ultimate goodness, love, compassion and justice of the Living God who transcends humanity's best (AKA "worst!") efforts to capture, define, constrict, "dogmatify" or limit the One whose quality is always to have mercy, whose love is beyond measure, and who I believe -- as a Christian -- loved us enough to become one of us in the person of Jesus of Nazareth in order to show us how to love one another.
When I Googled "faith and science" I found this quote from Bill Moyers: Science and faith [are] two manifestations of humanity's desire to understand its place within the hidden mysteries of the universe. And the faithful are not necessarily opposed to science; nor are the scientists opposed to religious belief.

Certainly science and faith provide two very different avenues to understanding. Put simply, the scientific method demands experimental or observational proof before belief; religious faith by its very nature demands belief without proof. But this can be the beginning of a dialogue, not necessarily a dispute.
Karen Armstrong's new book "The Case for God" offers some great background on just how the church has gone wrong over the ages when it erred in taking the faith stories of our spiritual ancestors intended to call us to living out our faith in our time and tried to turn them into a science textbook for the "how" of the origins of the universe. From her NPR interview with Terry Gross:
Ms. ARMSTRONG: Right up on the dawn of the scientific revolution, you have John Calvin saying that the Bible has nothing at all to tell us about science, and he's very cross with what he calls frantic persons who are trying to impede science by saying it doesn't agree with the Bible. He said if you want to learn about cosmology, don't go to the Bible; go elsewhere.
GROSS: So you're saying this is relatively new because until the 16th and 17th century, no one expected that science could prove the existence of God. Therefore, nobody expected that kind of literal proof.

Ms. ARMSTRONG: Nobody expected literal proof from Scripture, and that's whether you look in the Jewish world, people like Maimonides (ph); in the Muslim world, people like Abu Sina or Al-Ghazali; or in the Christian world with Thomas Aquinas.

Religion wasn't about answering questions that we could answer perfectly well by our powers of logos, of reason and science. Religion was helping us to deal with aspects of life, facts of life for which there are no easy answers.
So there you have it. Using the Bible as a science textbook makes as much sense as using "The Joy of Cooking" to figure out how the internal combustion engine works. It is not where you go to better understand geology, psychology, human sexuality, physiology or (ask Galileo!) ... astronomy.
How do I balance faith with science? Final answer: 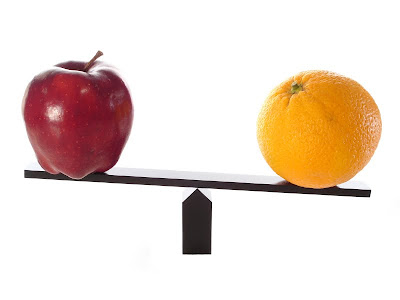 Posted by SUSAN RUSSELL at 9:52 AM

Hmm... I suppose the question arises because some very marginal scientific thinkers (cf. Dawkins, Hitchens inter alia) keep trying to use a cheap caricature of Genesis and in Dawkins case an amazing misstatement of the Gospels that would do credit to the schismipalians to "discredit" Christianity. Of course the 'creationists' then play straight into their hand. Alas.

This book is so liberating! I can now go to church and be a member without believing in the resurection. What a relief!

I need to work on my spelling

For Christians with a realist understanding of God, the apologetic line that science and faith are two different things (like apples and oranges) is unadulterated dualism. Okay, there is more to faith than just science, but, if God is, was or is and was involved in his creation, then God is as much an observable reality as gravity.

The refusal of most scientists (including many who are Christians) to include God in their studies leaves a bloody, big elephant walking around the room. An obvious example of this is evolutionary theory. The natural selection bit of the theory is so untenable, if you think about it, that there must be something really big missing from the equation. This may or may not be God, but, because admitting there is something intelligent (or with the appearance of intelligence) at work within evolution allows the possibility of God, most scientists just refuse to contemplate the absurdity of this part of evolutionary theory. Of course, this means they will never discover a non-divine cause as much as it means they will never discover a divine one.

If God is real, then God and God's actions in the universe are observable.

My mother was a Lutheran preacher's kid. My father, and his father and uncle, were world-class scientists.

And I keep thinking of my favorite childhood-AND-adulthood author: Madeline L'Engle ... who had SUCH a gift for weaving the mysteries of quantum physics with the mysteries of the God of Abundant Love. Why should we have to "balance" two things that are complimentary -- not contradictory?

Do you think that the resurrection of Christ was a historical fact?

And if so what about all the other resurrection myths that may even have come before the one about Jesus?