They want "their" country back ... we want our country FORWARD!

[Reflections on rocking boats and ruffling feathers by an unapologetically uppity woman.]

These came to me via email from my friend Pamela. And at first I just kind of gasped and laughed and said "OMG!"

I mean really ... I never miss an episode of "Mad Men" but even so it is easy to forget how NOT so long ago this kind of overtly sexist stuff was not only tolerated but effective at selling ties ... and coffee and vitamins and ketchup! 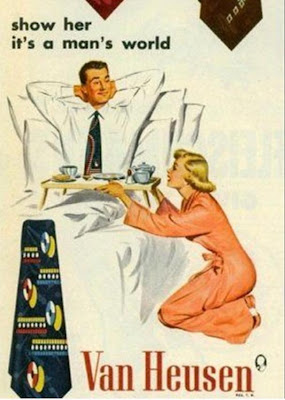 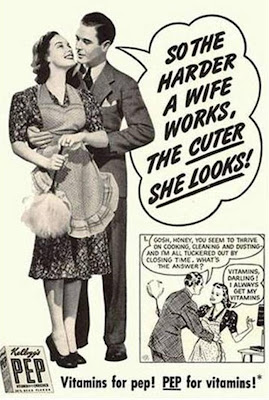 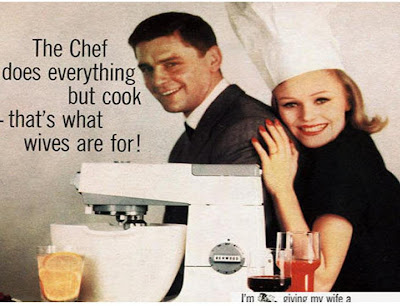 (Not to even get started on the domestic violence thing!) 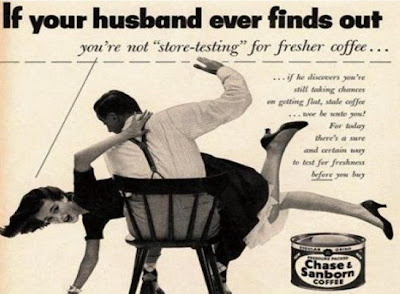 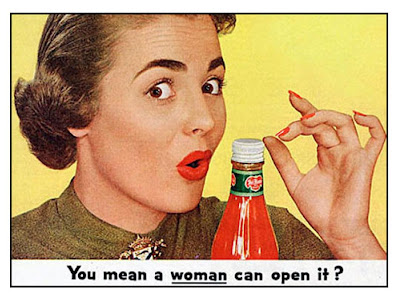 So what's my point? Well, it's certainly not that sexism is dead. Ending this kind of overtly sexist advertising didn't end sexism in this country any more than Brown vs. Board of Education ended racism.
But progress HAS been made. And it hasn't been made because fusses weren't made and feathers weren't ruffled and labels weren't applied ("strident" comes to mind -- along with some others that aren't "bloggable") and boats weren't rocked and "traditional values" weren't challenged. And we're not done yet.
We don't want our country "back" -- we want our country forward. And to do that we're going to have to keep making fusses and ruffling feathers and living with some labels and rocking some boats and challenging some "traditional values."
And we'll get there ... I'm absolutely convinced ... because whether you call it the arc of history or the arc of the moral universe it DOES bend toward justice. And when I think about how far it's bent just in my lifetime I can't help but have both hope AND faith that it's gonna keep on bendin'.
Posted by SUSAN RUSSELL at 3:34 PM

And I'm old enough to remember ads like this (but as a child, of course ;)