The Sisterhood of the Red Blazer 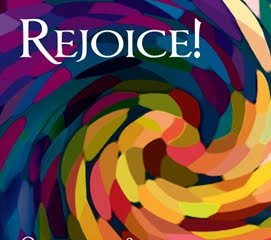 I'm still in Burlingame ... finishing up three days of great work with the SCLM Task Forces on implementing General Convention Resolution C056 calling for the collection and development of resources for the blessing of same-sex relationships. It's home today ... barely ... as we turn around and head out to Riverside for our annual Diocesan Convention. Number 115, to be exact.

It'll be a little less eventful than last year when we were electing two bishops ... but we've got Jim Wallis for our keynote speaker, the Friday night dinner includes a tribute to All Saints' Rector Emeritus, George Regas and Saturday Bishop Glasspool is leading a teaching for us on the Anglican Covenant. So between all that, electing folks for diocesan offices and our GC2012 deputation, seeing folks you only see once a year at convention and getting some Secret Santa shopping done in the Exhibit Hall it should be a good time all around.

Because I have to literally "turn around" today in heading from Burlingame to Riverside via Altadena, I "pre-packed" before I came up here ... and in the process of packing found that my faithful old Liz Claiborne red blazer had finally succumbed to those consuming moths that Matthew warns us about. And that made me think about this pre-convention post I wrote a few years ago:

As I was printing out "stuff" yesterday for our pre-convention meeting this morning with our parish delegates I realized this will be my 20th Annual Meeting of the Diocese of Los Angeles -- my first was back in 1987 and my, my, my ... what a difference a couple of decades make!

Back then I was a lay delegate from my parish in Ventura CA (St. Paul's) and my credential read "Mrs. Anthony Russell" ... never mind that MR Anthony Russell's involvement in the work of the Diocese of Los Angeles was to show up on Christmas Eve and Easter Sunday.

It was back in the day when we didn't dare run more than one woman in any of the elections. I remember a literal coin toss between two women clergy one year about which ONE would run for General Convention Deputy because the diocese would never send TWO women! I remember when I was in the ordination process being told it wasn't a good idea to wear my red blazer (and I LOVED my red blazer!) because red was a "power color" and I'd better pack it away until after I got safely ordained.

And I remember if we sang a hymn that wasn't in the hymnal or -- God forbid -- used a liturgy with expansive language -- there would be a queue at the microphone afterwards with dour clergymen asking for a "point of personal privilege" to express their outrage.

So yep, the church has changed in the 20 years I've been a delegate to the Annual Meeting of the Diocese of Los Angeles -- and my response to that versicle is "Thanks be to God!" There may be those who yearn for those halcyon days of yesteryear when women delegates were named "Mrs. Husband" and we knew better than to run more than one of us in any given election. But the rest of us are celebrating the steps forward this church has taken to overcome its sexism and are going to "keep on keepin' on" until we are fully the inclusive Body of Christ we are called to be.

And some of us are going to get on the road now for Riverside. Prayers invited from ya'll for my diocese as we gather in convention ... and now I've just gotta get my red blazer and I'm off!

And who'd have thought that the diocese that wouldn't elect two women for a General Convention deputation is now celebrating the anniversary of sending two women to the House of Bishops? Remember that the next time someone says the church won't ever change ... isn't going to move forward ... is doomed to be divided or destroyed by the challenge du jour. God certainly isn't done with the Episcopal Church yet ... and don't even get me started on the Anglican Communion! ... but there has been some mighty work done in just the twentysomething years I've been privileged to be part of leadership in this church.

And having just finished three full, challenging, powerful days with a great cloud of witnesses here in Burlingame I can tell you that work is continuing.

So I'll miss my red wool blazer at Riverside this year. It served me well. But at the same time I'll be enjoying the new, red leather jacket that's packed and ready to go. Prayers are invited for our work in Riverside on behalf of the Diocese of Los Angeles and our witness to the Good News of God's love available to all. AND in thanksgiving for the Sisterhood of the Red Blazer ... those who've paved the way for those of us who don't have to think twice about what color jacket we're going to wear as we head off to work in the Fields of the Lord!
Posted by SUSAN RUSSELL at 7:48 AM