Setting the record straight (so to speak) 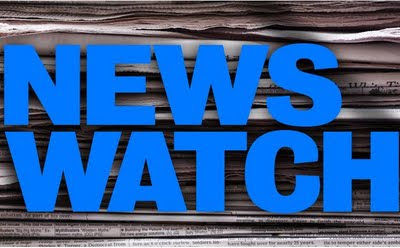 Yesterday I posted the good news that the L.A. City Council unanimously voted to support the Respect for Marriage Act and the repeal of DOMA (the so-called Defense of Marriage Act.) It was good news ... but not the most accurately reported news. The original news piece (from our local KPCC radio folks) mis-named the RMA as the "Protect" Marriage Act and it incorrectly described the bill as requring states to recognize same-sex marriages from other states. Which it does not.

After pointing out the errors in the comments and on the KPCC Facebook page it was gratifying to see this morning that the story had been corrected with this update:

Correction: This story originally stated that the law the council is supporting was called the Protect Marriage Act. It is actually called the Respect for Marriage Act. Apologies for the error. The story also originally stated that the act would require states to recognize same-sex marriages granted by all other states. That's not the case. Thanks to our commenters for pointing out the error.

And I want to thank HRC for having such great legislative background online that it was so easy to check the actual language of the bill and post the correct info yesterday. Which ... in case you're wondering ... is:

Under the RMA, same-sex couples and their families would be eligible for important federal benefits and protections such as family and medical leave or Social Security spousal and survivors’ benefits, but the federal government could not grant state-level rights. The bill does not require states that have not yet enacted legal protections for same-sex couples to recognize a marriage. Nor does it obligate any person, state, locality, or religious organization to celebrate or license a marriage between two persons of the same sex. This legislation only requires the federal government to equally apply its policy of looking to the states in determining what legal relationships are eligible for federal benefits.

So there you go. It IS possible to "set the record straight" (so to speak) ... and together we can keep the media both honest and accurate. Well, at least some of the media some of the time. But it's a start! :)
Posted by SUSAN RUSSELL at 8:44 AM

Now, could you set NPR straight, so to speak, about considering ex-gay therapy a valid treatment?

The media's new need for "balance" is ludicrous. It's like saying a story about earthquakes should include a member of the flat earth society. A fringe viewpoint is not equally valid.