The Bully in The Bully Pulpit 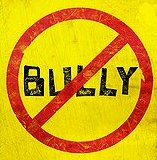 According to Wikipedia, a "bully pulpit" is a public office or other position of authority that provides the holder with an opportunity to speak out and be listened to on any matter.


"So your little son starts to act a little girlish when he is four years old and instead of squashing that like a cockroach and saying, 'Man up, son, get that dress off you and get outside and dig a ditch, because that is what boys do,' you get out the camera and you start taking pictures of Johnny acting like a female and then you upload it to YouTube and everybody laughs about it and the next thing you know, this dude, this kid is acting out childhood fantasies that should have been squashed....Can I make it any clearer?

Dads, the second you see your son dropping the limp wrist, you walk over there and crack that wrist. Man up. Give him a good punch. Ok? You are not going to act like that. You were made by God to be a male and you are going to be a male."

In response to the understandable outrage sparked by this indefensible display of homophobic based bullying, Harris first offered the classic default of the caught-in-the-act perpetrator "I was only joking." According to the interview in the Fayetteville Observer he then went on to say:


If I had to say it again, I would say it differently, no doubt. Those weren't planned words, but what I do standby is that the word of God makes it clear that effeminate behavior is ungodly. I'm not going to compromise on that.

Well, here's what we're not going to compromise on.

We're not going to compromise on having bullies use the power of their pulpit to advocate child abuse because they've confused their own twisted homophobia with the "Word of God."

We're not going to compromise on having the Good News of God's love, justice and compassion that are the core values of our Judeo-Christian heritage hijacked by those who want to turn our religion into a weapon of mass destruction aimed at LGBT people.

Finally, we are most certainly not going to stand by and let the opponents of marriage equality argue that they are "protecting children" while advocating violence against children. You cannot have it both ways.

Violent words beget violent actions and it is long past time for those misusing their bully pulpits to perpetuate bullying behavior against our LGBT youth to be called on it. Remember that a "bully pulpit" is a public office or other position of authority that provides the holder with an opportunity to speak out and be listened to on any matter. And we have the power to use our bully pulpits to speak out and be listened to on this crucial matter of ending the scourge of homophobia based bullying in our generation.

Whether your bully pulpit is a pulpit-in-fact -- a blog, Tweet or Facebook post -- a Letter to the Editor or a call to your legislator -- it is time to claim your authority and to use it. Stand up. Speak out. Together we can make a difference. Today. Go do it. Now. SERIOUSLY!!
Posted by SUSAN RUSSELL at 12:35 PM

I think that these verses from Proverbs (26:18-19) are particularly apposite: "Like a madman shooting
firebrands or deadly arrows is a man who deceives his neighbor and says, 'I was only joking!'"

If *I* were AG in NC, I'd be approaching a grand jury w/ something like "conspiracy to incite hate crimes" [But I'm not, so I won't. Nor will anyone. Is there any sort of Baptist judicatory? Probably not, they tend to be highly congregational]

So I'm just here from afar, saying "Anathema!" and "Boo!" and "God, cast the Demon of Homophobia OUT of your child Sean"

Susan - agree completely. Great post. My view is that this bully is most likely a closeted gay man himself - see http://www.nytimes.com/2012/04/29/opinion/sunday/homophobic-maybe-youre-gay.html?_r=1

@Steve ... Exactly! It goes right to the points in that Science Daily study a few weeks ago (which I wrote about over on the HuffPost: (http://www.huffingtonpost.com/rev-susan-russell/homophobia_b_1413726.html) andI just have to say when I listened to him talking about "acting out childhood fantasies" all kinds of bells went off. Seriously!