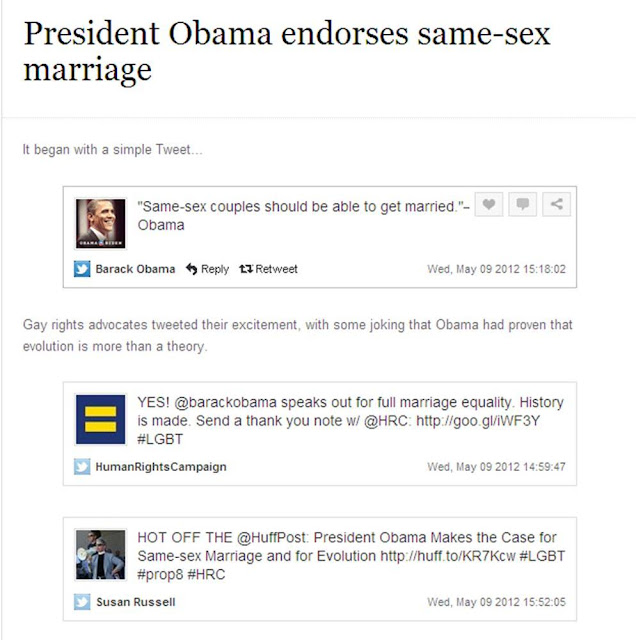 Yes, it's been a busy, multi-platform day with the breaking news of President Obama's "evolution" on marriage equality coming right smack dab in the middle of the last plenary session of our annual clergy conference. The twitterverse had been buzzing all morning so we had SOME "heads up" ... but when it came it was (arguably) "more than we could have asked for or imagined."

From the email I just got from the Obama team ... with a subject line simply reading: Marriage

"I decided it was time to affirm my personal belief that same-sex couples should be allowed to marry. I respect the beliefs of others, and the right of religious institutions to act in accordance with their own doctrines. But I believe that in the eyes of the law, all Americans should be treated equally. And where states enact same-sex marriage, no federal act should invalidate them."

I wrote a quick response from San Pedro for the Huffington Post and sent out a tweet about it and then crawled back up the 110 freeway and got back to my desk to see Religion News Service (RNS) already had their "religion leaders round-up" posted -- and my tweet was in amongst the great cloud of witnessess. What a wild, weird, wonderful world we live in!
Posted by SUSAN RUSSELL at 5:36 PM