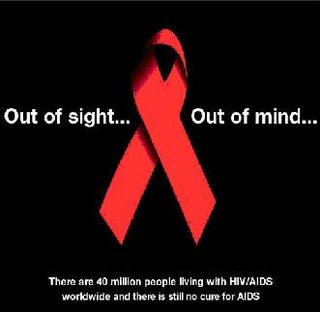 Presiding Bishop's Statement on World AIDS Day
"Words, words, words won't help us in our fight against the pandemic. Now is the time for action."

As people across the world pause to commemorate another World AIDS Day, my mind is drawn to these words, spoken by my brother Archbishop, Njongonkulu Ndungane of Cape Town, earlier this year at the United Nations High-Level Meeting on HIV/AIDS.

My purpose in writing on World AIDS Day, then, is not simply to add more words to a debate that is already long on rhetoric but short on action. Rather, I hope my words will remind Episcopalians that our voices –- if united as ONE –- can make a critical difference in the fight to rid the world of a pandemic that claims the lives of 8,000 of God's people each day, destabilizes entire regions, and keeps hundreds of millions of people living in extreme poverty.

On this World AIDS Day, I urge all Episcopalians to join the "ONE Episcopalian" campaign, a unique partnership between the Episcopal Church and ONE: The Campaign to Make Poverty History. By becoming a ONE Episcopalian, you can unite your voice with more than 2.4 million Americans who are working, ONE by ONE, to create a world free of AIDS and deadly poverty. You can sign up online and it takes less than ONE minute.

The resources and strategies for preventing HIV and treating AIDS are fully within humanity's reach. Mobilization of resources by the United States and other countries over the past four years has increased treatment rates more than eight-fold in Africa and brought new hope to millions of people. Still, HIV-prevention efforts lag as infection rates continue to rise in many of the world's hardest hit regions. At least 4.3 million new infections occurred in the past year alone, with more than six in ten coming in Sub-Saharan Africa.

In order to turn the tide, governments must put full resources behind efforts like the Global Fund to Fight AIDS, Tuberculosis and Malaria, and the President's Emergency Plan for AIDS Relief (PEPFAR). Moreover, existing programs have to be continually adapted to ensure that they are as dynamic as possible in meeting the needs of local communities. Most importantly, prevention and treatment efforts must be combined with efforts to fight poverty, empower women, and build the sustainable communities envisioned by the Millennium Development Goals.

2007 promises to be a significant year as both the U.S. Congress and the international community will face key decisions in the fight against AIDS and poverty worldwide. More than ever, the voices of citizens like us will be critical, and by joining the ONE Episcopalian Campaign, we can ensure that our voices are heard.

On Sunday, Christians around the world will enter into Advent, the season of preparation for the great feast of the Incarnation. Our belief that, in order to redeem the world, God put aside all heavenly glory to make his dwelling in our midst –- challenges us to carry our worship of God out of our churches and homes and into the world around us. May the Child of Bethlehem, the tiny and vulnerable One in whom all the fullness of God is pleased to dwell, inspire us anew to worship him in the world by working to end HIV/AIDS and build a creation that truly shows forth the glory of God.

The Most Rev. Katharine Jefferts Schori
Presiding Bishop and Primate
The Episcopal Church

Posted on Episcopal News Service
Posted by SUSAN RUSSELL at 8:49 AM