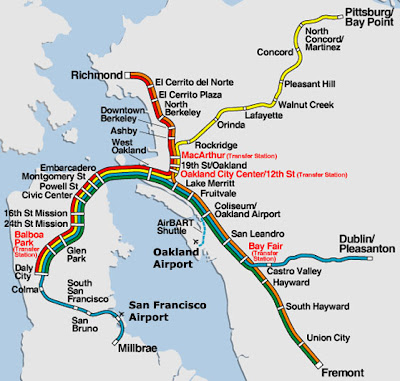 After a VERY successful, stimulating, inspiring Lent Event at All Saints Church (bravo/a to Michael Battle, JoAnne Terrell & James Carroll who were EXTRAORDINARY speakers on the themes of violence, religion and the American soul!) I hit the airport early this morning and am in the Bay Area for the week.

I am off to head up to CDSP momentarily for a meeting with Inclusive Church allies ... here from "across the pond" to talk more about plans for the Looming Lameth Conference ... and then for the bi-annual meeting of THE CONSULTATION and the annual EPISCOPAL URBAN CAUCUS assembly, which concludes Saturday morning.

We'll be launching our "Beyond B033" campaign with a workshop for Caucus members and I want to note here, once again, how gratifying it was to have the EUC adopt at its 2007 Annual Assembly the following resolution:

RESOLUTION OPPOSING RESOLUTION B033 of the 2006 GENERAL CONVENTION

RESOLVED, That the Assembly of the Episcopal Urban Caucus meeting in Raleigh, North Carolina, February 7 – 10, 2007 expresses its opposition to Resolution B033 of the 2006 General Convention of the Episcopal Church; and be it further,

RESOLVED, That this Assembly calls on bishops with jurisdiction and Standing Committees to give their consent to otherwise qualified persons who have been elected bishop without regard to “race, color, ethnic origin, national origin, sex, marital status, sexual orientation, disabilities or age” (Canon III.1.2); and be it further,

RESOLVED, That this Assembly asks the Board of the Episcopal Urban Caucus to determine ways in which the 2008 Assembly might more completely address the issues raised by B033 and develop a strategy for its repeal at the 2009 General Convention; and be it further,

As we move forward into 2008 and look ahead to GC09, let's all bookmark these two arguments against B033, voiced by Canon Robert Brooks and posted on the EUC website:

2. Resolution B-033 lacks specificity as to the “manner of life” that is prohibited in a candidate for ordination as a bishop. In the development of democracy and the rule of law, it is a principle that any prohibited behavior in a society must be narrowly defined in law. Individuals cannot have their right to full participation in civic life denied because of some vague definition that changes from day to day at the whim of those in power. Resolution B-033 is an example of the worst abuse of law, because it allows the denial of ordination as a bishop to those other-wise qualified on the basis of nothing specific, but only that someone, somewhere, might be upset by the unspecified “manner of life”. Such a resolution is a dangerous precedent and places everyone at risk by its potential for capricious application.

And if you are NOT familiar with the extraordinary committment and dedicated work of these fine organizations, do check out their websites and give thanks for those whose vocation is to work with God toward that day when justice does INDEED roll down like waters and when righteousness flows like an ever-flowing stream!

More later ... have a great week, everybody!
Posted by SUSAN RUSSELL at 10:14 AM

How grateful we all are that you and others are willing to take the time to work on these matters. Without your work we would never be able to claim the blessing.

Aren't you sweet! At the moment, the blessing I'm claiming is a nice hot bath to soak feet tired from wallking up and down the hills of Berkeley ... where it was a BEAUTIFUL day in the neighborhood! More later ...

I know this is completely off topic, but I am interested if you are at all familiar with Abp. Williams' recent lecture on English and Sharia law and what impressions you may have on it. The text of the lecture is rather dense and people have had a lot to say about it.

Yep ... lots of people have had lots to say about LOTS of things and this is but one of them that I'm interested in and not blogging about because I just don't have time to do the complexities of the issues at hand justice.

Speaking as a lawyer, I can tell you that if B033 were a secular law, it would be unenforceable. A Court would call it unconstitutionally vague. A citizen has the right to know what specifically is permitted and what is prohibited. Simply put, if it were a secular law, B033 would violate the Due Process Clause of the US and California Constitutions. B033 is a bad idea and must be repealed.