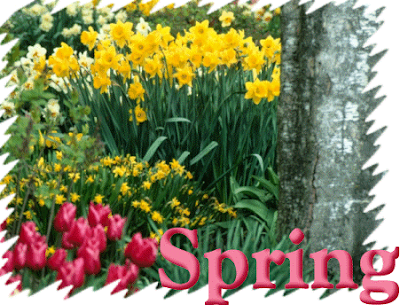 To repise an old childhood nursery rhyme:
Spring has sprung
The grass has riz
And here is where
The Blue Book iz!
Click here for EVERYTHING you ever wanted to know about "The Blue Book" (which is evidently going to be Red this year ... go figure!) described thusly in Gregory Straub's introduction:
The Blue Book of the General Convention contains the reports to the church of the Committees, Commissions, Agencies and Boards (CCABs) of the General Convention. (The book is red this year, a color taken from the logo of this Convention’s theme, Ubuntu.) For the past three years more than 500 of our fellow church members have volunteered their time and energy to address resolutions referred to them by the 75th General Convention and to investigate, as well, areas of concern named in their canonical or authorizing mandates. I urge you to read the Blue Book in its entirety in preparation for your work in Anaheim.
.
Posted by SUSAN RUSSELL at 9:18 AM

Susan, this link takes us only to the introduction to the Blue Book. The information is here: http://www.episcopalchurch.org/gc2009_106480_ENG_HTM.htm

I read through those section of the Blue Book of concern to me and have two comments: First, the Church Pension Fund decided to keep the status quo on retirement of the clergy at age 72 unless the diocesan bishop grants a year-to-year waiver. This is nothing but bald discrimination (which would be struck down in Court if the Church were a secular enployer). The Church should not --- and cannot --- allow the stereotyping of older clergy, many of whom have made valuable contributions to the Church over many years in pastoral, liturgical and scholarly ministries and choose to continue to do so. Retirement should be an individual choice. I am a 57 and a lawyer, and when I retire from that, I intend to follow my calling into ministry. Let's say I get ordained by 62. Why do I only get 10 years of ministry? Why don't I get to serve until GOD decides I can't? I think I speak for others in the same situation. Second, Thurgood Marshall deserves to be on the calendar. Granted, the man is a bit imperfect and he hasn't been dead 50 years, but look at his character and his influence on all of us who have been fighting for civil rights not only for people of colar but for women, GLBT folk, and now, older people who want to work (and minister). St. Thurgood, pray with us for the Church, and for this country, that we may follow your example in leading the way to freedom for all from the scourge of discimination of ANY kind. AMEN.

I'm still wading through the document.
I went to the Liturgy and Music section first, since I'm like that.
I have to admit hat I am deeply disappointed in the prayer for John of the Cross. It is simply bloodless and trite, almost cutsie in it's reference to the Dark Night. Why he's moved to November is beyond me.