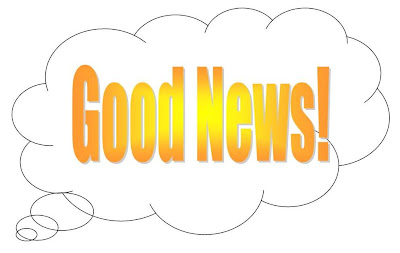 Ready to take a turn here at "Inch At A Time" and focus on those who are giving us great food for thought and good resources for making a positive case for the full equality of God's LGBT beloved.

Let's start with Dean Brian Baker ... one of my favorite colleagues in the struggle ... who if you don't know, you should. Check out his profile bio:

"I'm a husband, a father of two teenage children and the Dean of Trinity Episcopal Cathedral in Sacramento. I'm also a West Point graduate, an Army veteran and an activist for marriage equality and the rights of the homeless."

Brian wrote several great blogs since we were in Atlanta together ... one I've already quoted from here ...

At the Churchwide Consultation on blessing same-gender relationships, I got in a great conversation with a priest who firmly believes that any sexual relations outside of marriage (which can only be between a man and a woman) is expressly forbidden in scripture. Consequently he does not support the church blessing any same-gender relationships. I do not have a need, or even a desire, to change his mind so he believes as I believe. I think it is vital that we make room for a diversity of viewpoints and theological perspectives, which includes those with which I disagree. I was thrilled that he came to the conference in which his view was a minority and I was pleased that the people in our small group welcomed him.

At dinner, and through the following break, he and I had an in-depth conversation. It became clear to me that his perspective on what the Bible is, and how to read it, is very different from mine. It isn’t that he takes the Bible seriously, and I don’t. I take the Bible very seriously. I just understand it very differently that he does. Here are some things I believe to be true about the Bible:

and the others bear quoting as well ...

From The Sin of Sodom?

Why would we think this story should be used as a basis for contemporary sexual morality in the first place? The hero of this story, Lot, who is rescued by the angels for his morality, offers his virgin daughters to be raped? Really? Clearly there are customs at play in this story that reflect the cultural context of the time it was written that are not part of the spiritual wisdom in the text we want to apply to our current lives.

To use the story of the destruction of Sodom to condemn committed, consensual, same-gender relationships is to mis-use the Bible and making it say something that isn’t there. I, as a Bible believing Christian, would rather work at trying to figure out what the text is trying to teach me, rather than twist the text to support an anti-gay bias.

and, from Why not Adam & Steve?

The Genesis story of Adam and Eve illustrates the beautiful pattern of individuals leaving their parents in order to be united/completed with another. This joining is significant and should not be undone. When this story was written, opposite-gender relationships were normative. Consequently, the author used Adam and Eve as the example. But there is nothing in the text that prohibits people of the same gender being joined in “one flesh.”

Another blogger of note is the Reverend Benny Hazelhurst ... who I found from a link on Brian's blog. Benny's blog bio is like-unto Brian's:

"... a husband, father, and a Rev in the Church of England. More controversially, he is an Evangelical Christian who believes that homosexual relationships and partnerships should be welcomed, nurtured and blessed. He is a founder member of Accepting Evangelicals with his wife, Mel, and they believe that God has a place for everyone in his/her Kingdom."

And here are some great points from his recent blog -- Towards a Theology of Gay Marriage:

By focusing on the 'end product' (male and female) rather than the need which God is addressing in the Garden of Eden (relationship), we risk making the same mistake as the Pharisees did with the Sabbath. They elevated the Sabbath to monumental proportions because they thought it was something greater that our human needs, and Jesus had to correct them by reminding them that the Sabbath was created by God to meet human needs, not to be an end in itself.

When we elevate marriage to the same monumental proportions and restrict it to our observation of Adam and Eve, we need to be reminded that marriage was ordained by God to meet a human need, not to be an end in itself. This is radical thinking sure enough, but it is just as Biblical as the challenges which Jesus brought to the Pharisees.

I hope you'll enjoy reading Brian & Benny as much as I have. Onward and Upward!
Posted by SUSAN RUSSELL at 3:19 PM

Thanks for these references. I'm struck by the similarity of the Hazelhurst quotation to Brother Tobias Haller's post yesterday on the HoB/D listserv.

Or perhaps there are (as you suggest in your New Rules post) just limited numbers of arguments in the world, and all we can do is repeat them.

Is there any theological work being done with respect to having children via medically assisted reproduction (such as donor gametes, gestational surrogacy)in SSM context from the GLBT perspective?