It was "lights, camera, action" at All Saints today as we began shooting our part in a documentary on marriage equality/Prop 8. Honored to be part of a great project ... here's a little look at the "behind the scenes" of today's shoot: 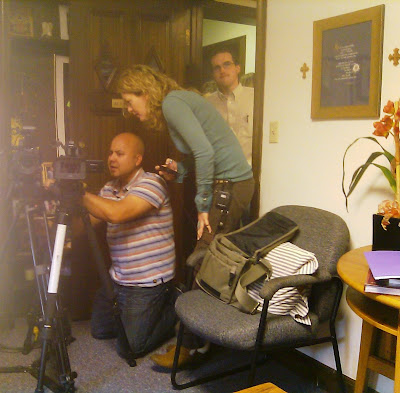 The 45 minute set up to get the five minute soundbite ... (three cameras and five production folks wedged in my office) 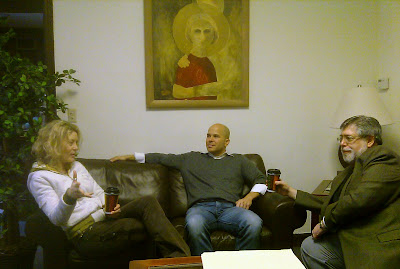 The pre-shoot meeting about who's asking who what and when ... 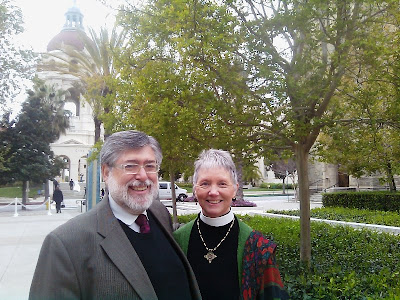 And here's me with Lambda Legal's Jon Davidson after our time together on camera ... notice the bride and groom making their way up the steps behind us to City Hall for their wedding. Kind of a nice ironic touch, I thought, as we'd just finished an hour of discussion about how gay & lesbian couples continue to have their marriages denied, dismissed and devalued.

Just another day at work in the Fields of the Lord. And now ... home to work on a sermon about the Woman at the Well.