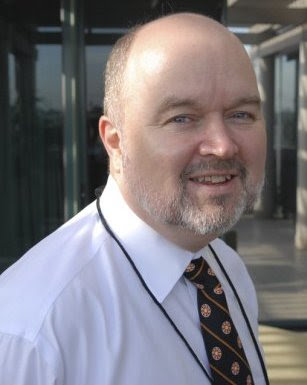 Reading this just-posted-to-the-UK Guardian's-"Comment Is Free" piece is REQUIRED for anybody who cares about or is wondering about what's next for the Anglican Communion.

The Anglican Covenant may never come to pass. Or its doctrinal statements may be so unobjectionable, and its enforcement mechanisms so weak, that every church in the communion will hastily sign on. Or the gay-friendly churches threatened with diminished status may realise that they will always have more opportunities than resources for mission within the communion, and happily agree to run their trains on track number two.

Yet if Rowan Williams succeeds in his misguided effort to establish a single-issue magisterium that determines a church's influence within the communion, a significant risk remains. That risk is run not by the Anglican left, which has nothing practical to lose, nor by the Anglican right, whose leaders embarrass less easily than Donald Trump and don't fear public opprobrium. Rather, the parties at risk are the Church of England and the office of the Archbishop of Canterbury, which may find themselves at the head of a communion synonymous with the agenda of the American right.

If Americans, Canadians and other gay-friendly churches are deemed insufficiently Anglican, the struggle to determine who speaks for the communion will be waged between the dozy dons and preening peacocks who lead the Church of England, and Episcopal schismatics whose public relations are handled by the folks who operated the Swift Boat Veterans campaign against John Kerry in 2004. Early wagering favours the Swifties giving three goals.

The American donors who helped fuel the Anglican schism – Howard Ahmanson, Richard Mellon Scaife, the Coors brewing family – have been losing interest of late thanks to the Episcopal church's recent string of legal victories and the Anglican Church in North America's failure to lure away any more than about 3% of the Episcopal church's membership. But awarding the Anglican brand in North America to the schismatics would reverse the trend by handing the American right the opportunity to wrap its agenda in the endorsement of a major mainstream religious organisation.

As we've seen in inter-communion struggles, American money in the pockets of the right's figureheads causes words written by Martyn Minns and Chris Sugden to issue from the mouths of high-profile prelates, after which a gullible press transcribes them as the authentic voice of impoverished Christians around the globe.

The loudest and most frequently-quoted voices in the Anglican communion, then, would be stridently anti-gay and anti-Islamic; supportive of American military adventurism; against a two-state solution in the Middle East; in favour of teaching creationism or intelligent design to school children; sceptical about climate change; and adamant that homosexuality can be cured.

Nothing about Williams suggests the will or the skill to prevail in a struggle for political (rather than ecclesial) supremacy with the Anglican right. To wit: Williams has remained steadfastly silent as Peter Akinola, the darling of American conservatives, has twice pushed for harshly restrictive anti-gay legislation in Nigeria. This legislation, which violates the UN's Universal Declaration on Human Rights, has been condemned by every major human rights organisation and the European parliament. Even the State Department of President George W Bush expressed concern. But Rowan Williams made not a peep.

Nor has Williams forced from Akinola an accounting of the horrific 2004 massacre of 650 Muslims in Yelwa. The retributive massacre, documented by Human Rights Watch and reported in a cover story in The Atlantic, was perpetrated by organised militias wearing tags that identified them as members of the Christian Association of Nigeria. The massacre took place when Akinola was president of the CAN, a position from which his colleagues removed him at their next opportunity.

If the Archbishop gets his covenant, he will no longer be portrayed as the harried peacemaking father of an argumentative clan just trying to get everyone to sit down for dinner. He and his church will be the most visible symbols of a communion that has traded its good name to the American right and Peter Akinola simply to avoid admitting the possibility that people in loving, committed gay relationships can preach the Gospel and serve the church.

I suspect there will be consequences.
Posted by SUSAN RUSSELL at 1:30 PM

Yea! you guys should be worried the majority of Aligican are in African and that place is conservative so? What are you going to do?

I think that the Aligican communion has the right to kick out the Episcopal Church and SO WHAT IT THEY DO? If they want to remain orthodox they have that right. Maybe in the future they will accept that they world has changed a bit and become more tolerant. Until then to bad.

Personally I hope that the AAC gets the Aligican approval. They deserve it! You guys have to realize that the Aligican(AAC) have values that are more closely alined to MOST of the rest of the Aligican communion. So let them have it!!!

I think Jim makes some very good points. Especially of interest to me are his remarks regarding the Archbishop of Canterbury. We moderates in the U.S. tend to look to him to be a "fair" umpire in his role of protector of the unity in the A.C., however, with his silence as it pertains to Akinola's work, he has abdicated any moral authority he might have engendered. As a result, I personally, expect nothing from Rowan+++.