"... fill her with grace and power, and make her a priest in your church." 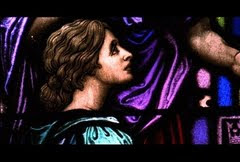 On Sunday, November 15, 2009 @ 4:06 p.m.PST (I know that because I "tweeted it" in real time!) I heard these words ... coming through the speaker on my computer here in the office ... as I listened to the audio stream of the in-progress ordination of Susan Slaughter as a priest in the Episcopal Diocese of Fort Worth.

Over my many years in the church I've sat through MANY ordinations ... two of my own and dozens of others ... some as congregant, some as litanist, some as MC, a couple as preacher. I was even a thurifer once. But this one is going on the list ... this virtual opportunity to have my life "closely linked" with those celebrating today with Susan -- with her family, congregation and diocese -- at the new beginnings her ordination exemplify.

If you have to ask what the big deal is, I probably don't have time between now and having to scoot downstairs for baptismal preparation class at 5:30 followed by new member welcome rehearsal at 6:30 followed by new member class at 7 to explain it. (We're finishing up our Fall New Member class series and sixty-something new members will join All Saints Church next Sunday at the 11: 15 service. Drop by if you're in the neighborhood!:)

Anyway, back to the ordination thing.

I guess it's like trying to explain to someone who wasn't alive then -- or old enough to pay attention -- what it meant when the Berlin Wall came down twenty years ago this week. The rector used that event as a sermon illustration this morning -- about the power of compassion combined with perseverance to bring peaceful change against all odds and predictions. (It was a particularly great Ed Bacon Sermon ... it should be up on the website shortly -- check it out.)

And for who have been at work in the fields of the Lord for lo these MANY years it's as big a miracle. As huge a milestone. As large a cause for celebration. And a moment to rejoice and be glad in.

As I'm typing this the closing hymn ... "Lift High the Cross" ... is coming through the speakers on my desktop at All Saints Church in Pasadena from the service concluding at St. Luke's in the Meadow.

Let us go forth into the world, rejoicing in the power of the Spirit.
Thanks be to God!

Thanks be to God, indeed. Allelluia, Alleluia!
Posted by SUSAN RUSSELL at 4:41 PM