NPR: Gay Rights In America: Past, Present And Future 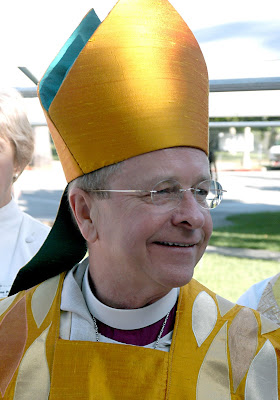 Our friend, Bishop Gene Robinson, had a great time on NPR's "Talk of the Nation" today on a show entitled:

Gay Rights In America: Past, Present And Future

November 12, 2009
Salt Lake City has unanimously passed an ordinance prohibiting discrimination against gays and lesbians in employment and housing. And a measure legalizing same-sex marriage is moving forward in Washington, D.C. Eugene Robinson, the first openly gay bishop in the Episcopal Church, weighs in on the state of gay rights in America.

I graduated from the Missouri School of Journalism. Getting the name of your guest wrong in the "pre-Journalism" courses would result in the drop of one letter grade. Shame on NPR!