Just because you're not surprised doesn't mean it doesn't suck 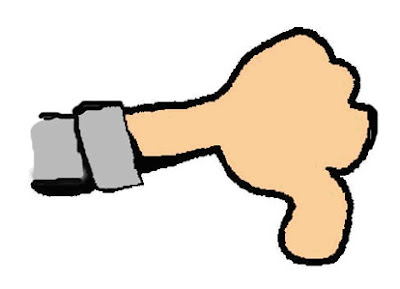 HONOLULU (AP) — Hawaii's governor on Tuesday vetoed legislation that would have permitted same-sex civil unions, ending months of speculation on how she would weigh in on the contentious, emotional debate.

Republican Gov. Linda Lingle's action came on the final day she had to either sign or veto the bill, which the Hawaii Legislature approved in late April.

"There has not been a bill I have contemplated more or an issue I have thought more deeply about during my eight years as governor than House Bill 444 and the institution of marriage," Lingle said at a news conference. "I have been open and consistent in my opposition to same-sex marriage, and find that House Bill 444 is essentially same sex marriage by another name."

Had Lingle not vetoed it, the measure would have granted gay and lesbian couples the same rights and benefits that the state provides to married couples. It also would have made Hawaii one of six states that essentially grant the rights of marriage to same-sex couples without authorizing marriage itself. Five other states and the District of Columbia permit same-sex marriage.

Lingle's decision is expected to be the last say on the proposal this year, because state House leaders have said they won't override any of Lingle's vetoes.

She said voters should decide the fate of civil unions, not politicians.

"It would be a mistake to allow a decision of this magnitude be made by one individual or a small group of elected officials," Lingle said.

Nope. We don't want some "small group of elected officials" making decisions for us. Because, that would be like -- what do they call it? Oh yeah ... representative democracy. The kind you have when you're a republic. Which the last time I checked, we still were. But then, the last time I checked we also had a Constitution that promised equal protection to all Americans -- not just straight ones. So maybe I need to go back and retake Poli Sci 101.
(If you want to read the rest of the AP article, it's here.)
Posted by SUSAN RUSSELL at 7:40 PM

Thank you, Susan. My partner and I are kicking ourselves that we felt optimistic that our Governor had enough leadership skills to step out of the way to allow LGBT couples to live their lives in equality. In her remarks she gave such a highly moral and virtuous lesson in civics to the majority Democratic legislature. One would almost think she gave a damn about the LGBT citizenry she threw under the bus for her own political ends.

I've said it before, but I'll say it again: if desegregation had been put to "popular vote" it would have not happened in the
60's - and maybe not yet. Likewise interracial marriage, sometimes elected officials have to do the right thing even when it's unpopular - it's called "leadership" ! !

Exactly. If there'd been a referendum process in place in 1954 you'd better believe Brown v Board of Education would have been overturned by "the will of the people"

Headline just about sums it up!

Sounds like there needs to be a boycott of Hawaii.