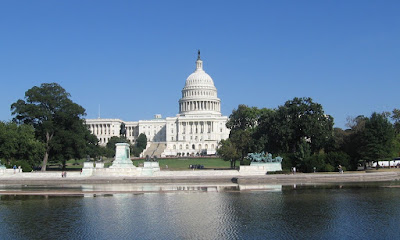 Clergy Call for Justice and Equality
Clergy from all 50 states will come to Washington, D.C., to help ensure the passage of the Local Law Enforcement Hate Crimes Prevention Act and the Employment Non-Discrimination Act. On April 17, 2007, clergy will take part in a major rally on Capitol Hill followed by lobby visits with members of Congress.
.
Why now?
With the new Congress in place during a non-election year, there has never been a better opportunity to pass legislation to provide the tools for local law enforcement to fight hate-motivated violence and end workplace discrimination based on sexual orientation and gender identity. If we don’t act now, people will continue to be fired simply because of who they are, and the epidemic of bias-motivated, violent crimes against the gay, lesbian, bisexual and transgender community will continue. The vast majority of Americans support enacting hate crimes legislation and ending workplace discrimination. Our friends in Congress intend to propose both bills, and your voice is needed to get these bills signed into law. The time to act is now.
.
Why clergy voices?
Because clergy look after the spiritual and physical care of congregations, they understand better than most how injustice to any of us is an injustice to the entire community. Clergy experience from the front lines the rippling effects hate-motivated violence has on an entire congregation. They also are often the first to witness the economic and spiritual crises faced by an entire family when one member loses his or her job because of discrimination based on sexual orientation or gender identity.
.
Now, in the fullness of time, Americans need clergy to stand up for justice and equality for all of us. Politicians also need clergy to remind them of their moral duty to protect those most vulnerable.
.
Click here for more information ... and spread the word! I'll be there with bells on!
Posted by SUSAN RUSSELL at 12:03 PM

There is an up side and a down side to the "visibility" of us LGBT persons. The up side is, we are making the public aware that we are here and we are the same, we are not an "other".
The down side is that people don't realize the danger we still live in. Just yesterday a conviction in San Francisco was handed down in the case of a violent bashing. Yes, even in the city that many feel is the safest for GLBT persons, the violence continues and is often deadly, and given a blind eye by the police and even the Mayor of that city.
We need to have the government and the churches take the stand that ALL people are protected under the constitution of these United States and that all people are beloved of God.
And while we are at it, lets continue to work on that equality of women thing, I am convinced that the underlying issue is the place of women in this world. Untill women are equal, races and glbt people will not have the slightest chance of achieving an equal place.
Peace
Bruno