Some churches open their doors to same-sex weddings 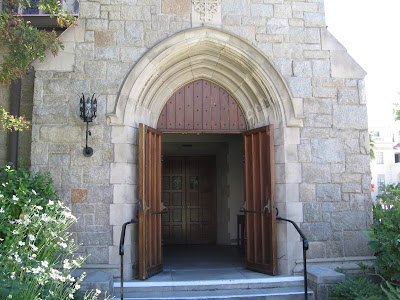 Dozens of churches throughout the state have endorsed a November ballot initiative to ban gay marriage. But when same-sex couples begin leaving municipal offices next week with marriage licenses in hand, some clergy will be meeting them at the altar.

Episcopalians, Unitarian Universalists, rabbis, a Methodist and even a Catholic priest are planning to bless some same-sex marriages when they are set to become legal in California on Monday.

"I believe the family is a cornerstone for a strong society, and I'm all in favor of everything we can do to build up the values that make strong families," said the Rev. Susan Russell of All Saints Episcopal Church in Pasadena, which has been blessing same-sex unions for 16 years.

"I think the values matter more than the gender of the people making up the heads of those families," Russell said.