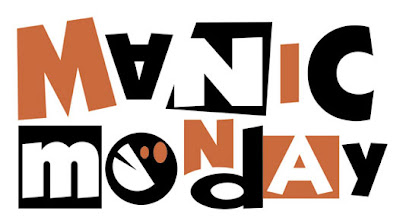 I'm not sure it if was the accumulation of all the things that were on the "to do after New Year's" list that got pushed back to "after the Inauguration" -- or because last week was a short week with MLK Day off on Monday and then All Inauguration All Day on Tuesday -- or if it's the collateral damage of sacrificing two Saturdays in a row on the altar of Post-Prop 8 Politics ...

Whatever it is, Monday was particular manic in my little corner of the kingdom and I'm hoping Manic Monday leads to Tranquil Tuesday. (Note that "hoping" is not the same as "counting on!" :)

But at the end of this long, Manic Monday, the thing I'm still thinking about is an experience this morning on the drive into work:

So I'm driving down Fair Oaks this morning, having treated myself to a Starbucks to reward myself for heading into the office when I know most of my colleagues are still in bed on a Monday. (They may do the same thing on Friday when I'm the one sleeping in -- if so, I say party on!)

Anyway, I'm at the light behind an SUV that still has a "W/04" sticker in the back window ... opposite a "McCain/Palin" sticker in the other corner. And then I notice the license plate frame. It says:

Honest. That's what the owner/driver of this late model, not-inexpensive, SUV chose to go out and purchase ... then dig through the junk drawer in the garage or kitchen and find a screwdriver to mount around the license plate on their car ... in order to display this profound message to the world at large:

That's the message they want you to know about them when you don't know anything else about them. (Well, I guess we know their voting record, but you get my point.)

What's it like, I wondered, to have that worldview that "You" (and I'm taking that as a generic "ya'll" not a specific "you Susan") "Suck."

What does it say about how you make choices about what matters and what doesn't.

About what we pay for with our taxes and what we don't. About who's entitled to equal protection -- or equal rights -- and who isn't.

Maybe I'm making too much of a license plate cover glimpsed at a stoplight at the beginning of a Manic Monday. Or maybe not. Maybe it was a glimpse into why this work we do -- this striving to turn the human race into the human family stuff -- this preaching respect for the dignity of every human being stuff -- this trying to love your neighbor as yourself stuff -- is worth the long hours, the manic Mondays, the sacrificed Saturdays and the two steps forward, one step back that characterizes that journey along the arc history that bends toward inclusion.

Maybe it's an explanation of the over 400 emails we've gotten in response to seven simple words spoken by Ed Bacon on national TV: "Being gay is a gift from God."

Maybe we do have the antidote to the poison that tells people THEY Suck ... which leads them to project that self-loathing and leaks out into our common life with not just license plate frames but with words and actions and policies and politics that tell people -- fellow human beings -- members of the same human family -- equally fearfully and wonderfully made by the One who loved us enough to become one of us to show us how to love one another -- that they "suck."

And that, my brothers and sisters, is what's sad.

So I'm grateful -- at the end of this Manic Monday -- for conference calls and spread sheets; calendar meetings and scheduling charts; huddles about Lent and emails about Oprah; for Noonday Eucharist and afternoon coffee; annual report drafts and video shoot schedules. I'm even grateful for the large pile of "things left undone" on my desk.

Because tomorrow is another day. And maybe -- just maybe -- we'll get the chance to let one single solitary person know they do NOT Suck by making God's love tangible -- in a hug, an email, a blog post, a staff meeting or maybe even in Starbucks.

Reclaiming the planet, an inch at a time, until the Garden of Eden grows green again. Tomorrow.
.
(Good Night, Moon!)
Posted by SUSAN RUSSELL at 9:29 PM

I've actually seen that as a bumper sticker, but not as a license plate holder. You know, I think the person driving that car really feels that way about him/herself. And, of course, it's all of y'alls fault that this person thinks s/he sucks.

The license plate holder is a 'sign and symbol' of an inward and spiritual distress.

And, you're absolutely right that it also defines the mission field.

Oh, the things we do for Jesus.

And it also makes me wonder about how that "world view" influences so much of the venom and vitriole we see manifested on so many of the blogs (not to mention any names, but Stand Firm for example!)

I've long maintained that most of those who post or comment on the more odious and vile of the 'orthodite' blogs are either (1) Frat boys and Sorority girls who've never grown up or (2) graduates of the Young Republican School of White-glove Terrorism. Or,come to think of it, both. They start from a completely different place in Genesis One than you or I: Where they see "The Fall" and "Original Sin" you and I see an "Original Blessing". When you start with such a low doctrine of humanity, well, it's a real slippery slope into the abyss of "a dark and rotten mess of heart and mind and guts". And, long quotes from "The Lord of the Rings". (Ugh!)