"An Anglican Covenant: Divisive or Reconciling?" 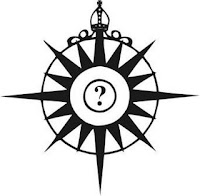 "This gathering is an outstanding opportunity for church people to deliberate about a major issue facing the Anglican Communion," said conference co-convenor Canon J. Robert Wright, Professor of Ecclesiastical History at General and Historiographer of the Episcopal Church. "Many are concerned about the covenant process, but there have been few public opportunities to discuss it before the Lambeth Conference."

New York City -- "An Anglican Covenant: Divisive or Reconciling?" is a public conference to be held at the new Desmond Tutu Center in New York City, April 10-12, The General Theological Seminary announced today.

An Anglican Covenant has been proposed as a way to resolve conflicts and clarify polity in the Anglican Communion, especially in the sexuality controversy. In February 2007, the Anglican Primates Meeting invited commentary on a proposed covenant in preparation for the Lambeth Conference to be held in England in July 2008.

The Tutu Center conference is an opportunity to engage the issues. Will an Anglican Covenant clarify Anglican identity and strengthen mutual interdependence? Or will it be a tool of exclusion and dominance? Is a covenant a biblical way forward, or would it impose a uniformity foreign to Anglicanism? Would a covenant assist or impede reconciliation among Anglicans?

Three keynote speakers from parts of the Anglican Communion outside North America will present diverse views about the advisability of a covenant, the current draft, and the dynamics of current covenant discussion. Archbishop Drexel Gomez of the Province of the West Indies chairs the Covenant Design Group and is a strong advocate for a covenant. Offering a different analysis will be Dr. Jenny Te Paa, Dean of the College of St. John the Evangelist in Auckland, New Zealand, who also served on the Lambeth Commission on Communion. Canon Gregory Cameron, Deputy Secretary General of the Anglican Communion, will speak on the theme "Boundaries Old and Boundaries New: Views from the Edge of the Anglican Communion."

All interested persons from congregations, dioceses and the ecumenical community are welcome to the conference, as are persons who hold views anywhere along the wide spectrum of views in the current controversies of the church.

"The conference's focus on reconciliation responds to a yearning in the church," said co-convenor Titus Presler, Sub-Dean and Professor of Mission and World Christianity at General. "The Tutu Center's opening conference last September highlighted global reconciliation, and this event will bring that theme to bear on the need for healing among the diverse groups in the Anglican Communion so that God's mission can flourish through us." The conference will begin with Thursday evening, April 10, and conclude Saturday noon, April 12.

Further information about conference registration and costs is available at the Tutu Center website and by calling Conference Planning Director Chris Ballard at 212.243.5150.

The link to the Desmond Tutu Center is broken.