Readers of this blog will know that I am an unrepentent Giles Fraser Fan. So no surprise I was taken by his piece in this week's Church Times: 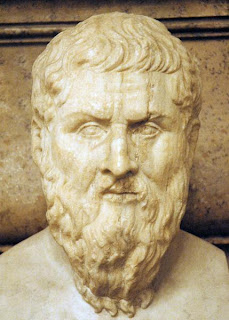 The Christmas Gospel reading — “In the beginning was the Word” — always reminds me that when the early Church spoke about the Word of God, it did not mean the Bible, it meant Jesus. Jesus was the Word — in Greek, the logos.

It is a remarkable term, for it draws into the heart of the Gospel a whole world of associations that derive from Greek philosophy. The idea of the logos makes reference not only to the eternal Word that hovered over the waters at the beginning of time (or, at least, at the beginning of Genesis), but also, and quite deliberately, to the philosophy of Stoicism and middle-Platonism, in which the idea of the logos was widely employed.

Early Christian intellectuals, especially Justin Martyr and Origen, drew heavily on the philosophy of the logos to explain the mystery of the incarnation: how Jesus Christ could be both fully God and fully human. For them, the logos, or eternal divine wisdom, was like a mediating principle, connecting both into one.

Yet something else was going on, too. Early Christianity had a cultural inferiority complex. Snooty Roman intellectuals looked down on the religion of a peasant from Galilee and the idea of God born in a cow shed. They sneered at the shoddy Greek of the New Testament. As Christianity spread deeper into the Roman world, it had to contend more and more with this intellectual snobbery.

Theologians such as Justin and Origen were keen to show that Christianity could hold its own in the academy. Logos philosophy was perfect. It explained the incarnation, and claimed intellectual respectability, showing that Christians could think like the Greeks.

Like all inferiority complexes, however, it led to trouble. Many of the founding theologies of the Christian Church were drawn up on the assumption that the Greeks — and that mostly means Plato — were substantially right about philosophy. As a consequence, early Christian thought is deeply impregnated with Platonism.

Yet, while Plato seemed self-evidently correct to the Christian apologists of the second and third centuries, the vast majority of today’s thinkers agree that Plato was deeply mistaken, and even politically dangerous.

Explaining this is something of a challenge in so short a space, which is why I want to have a go at Plato throughout January. I believe a vital part of the intellectual task confronting today’s theologians is to unscramble our theology from Platonism. It is a tricky business. So close have they grown that attacking Plato while affirming Christianity is the intellectual equivalent of operating on conjoined
twins.

Now THERE'S something to look forward to in 2008: Giles Fraser "having a go at Plato!" Stay tuned!!

Posted by SUSAN RUSSELL at 9:53 AM

I very much look forward to this!

The tension between Plato and Christianity is such an interesting subject. I am reminded of the first chapter of Jacques Derrida's The Gift of Death. Where he examines that relationship as part of the origin of responsibility in Christian Europe. Really interesting if not dense stuff.