Garrison Keillor asks: "Where is the outrage?" 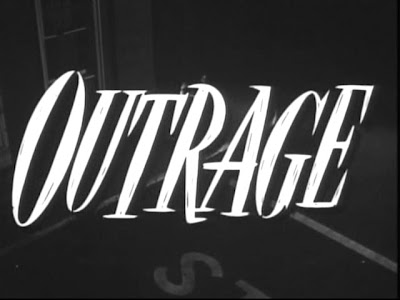 John McCain decries greed on Wall Street and suggests a commission be formed to look into the problem. This is like Casanova coming out for chastity.
By Garrison Keillor
Sep. 24, 2008 salon.com
It's just human nature that some calamities register in the brain and others don't. The train engineer texting at the throttle ("HOW R U? C U L8R") and missing the red light and 25 people die in the crash -- oh God, that is way too real. Everyone has had a moment of supreme stupidity that came close to killing somebody. Even atheists say a little prayer now and then: Dear God, I am an idiot, thank you for protecting my children.
On the other hand, the federal bailout of the financial market (YAWN) is a calamity that people accept as if it were just one more hurricane. An air of crisis, the secretary of the Treasury striding down a hall at the Capitol with minions in his wake, solemn-faced congressmen at the microphones. Something must be done, harrumph harrumph. The Current Occupant pops out of the cuckoo clock and reads a few lines off a piece of paper, pronouncing all the words correctly. And the newscaster looks into the camera and says, "Etaoin shrdlu qwertyuiop." Where is the outrage?
Poor Larry Craig got a truckload of moral condemnation for tapping his wingtips in the men's john, but his party proposes to spend 5 percent of the GDP to buy up bad loans made by men who walk away with their fortunes intact while retirees see their 401K go pffffffff like a defunct air mattress, and it's business as usual. Mr. McCain is a lifelong deregulator and believer in letting brokers and bankers do as they please -- remember Lincoln Savings and Loan and his intervention with federal regulators on behalf of his friend Charles Keating, who then went to prison?
Remember Neil Bush, the brother of the C.O., who, as a director of Silverado S&L, bestowed enormous loans on his friends without telling fellow directors that the friends were friends and who, when the loans failed, paid a small fine and went skipping off to other things? Mr. McCain now decries greed on Wall Street and suggests a commission be formed to look into the problem. This is like Casanova coming out for chastity.
Confident men took leave of common sense and bet on the idea of perpetual profit in the real estate market and crashed. But it wasn't their money. It was your money they were messing with. And that's why you need government regulators. Gimlet-eyed men with steel-rim glasses and crepe-soled shoes who check the numbers and have the power to say, "This is a scam and a hustle and either you cease and desist or you spend a few years in a minimum-security federal facility playing backgammon."
The Republican Party used to specialize in gimlet-eyed, steel-rim, crepe-soled common sense and then it was taken over by crooked preachers who demand we trust them because they're packing a Bible and God sent them on a mission to enact lower taxes, less government. Except when things crash, and then government has to pick up the pieces.
Some say the tab might come to a trillion dollars. Nobody knows. And Mr. McCain has not one moment of doubt or regret. He switches from First Deregulation Church to Our Lady of Strict Vigilance like you might go from decaf to latte. Where is the straight talk? Does the man have no conscience?
.
It wasn't their money they were playing with. It was yours. Where were the cops?
What we are seeing is the stuff of a novel, the public corruption of an American war hero. It is painful. First, there was his exploitation of a symbolic woman, an eager zealot who is so far out of her depth that it isn't funny anymore. Anyone with a heart has to hurt for how Mr. McCain has made a fool of her. Never mind the persistent cheesiness of his attack ads. And now this chasm of debt and loss and the gentleman pretends to be shocked. He was there. He turned out the lights. He sent the regulators home.
Mr. McCain seems willing to say anything, do anything, to get to the White House so he can go to war with Iran. If he needs to recline naked in Macy's window, he would do that, or eat live chickens, or claim to be a reformer. Obviously you can fool a lot of people for awhile and maybe he can stretch it out until mid-November. But the truth is marching on. A few true conservatives are leading a charge against the bailout. Good for them. But how about admitting that their cowboy economic philosophy was at fault here?
(Garrison Keillor is the author of a new Lake Wobegon novel, "Liberty," published by Viking.)
© 2008 by Garrison Keillor.
All rights reserved. Distributed by Tribune Media Services, Inc.
Posted by SUSAN RUSSELL at 10:12 AM

It would be refreshing if Garrison (I love his radio show) would at least throw a little outrage the way of Chris Dodd, Barack Obama and those on both sides who have been in the pockets of Fannie Mae, Freddie Mac and the high-spending, high-living financiers who donate to BOTH parties (actually more on the Democrat side) to make sure that there big, greedy game was protected.
It was actually McCain who proposed in 2005 a measure to regulate these scoundrels and the Democrats blocked the whole thing.
It goes back to pressure on the lending system to make sure that a certain percentage of poor people were given loans, whether they could afford it or not.
Congress is up to their eyeballs on this, both sides. It would be refreshing, if Garrison would look out of both his eyes instead of just his left one.