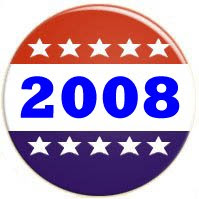 A parishioner brought this Huffington Post reflection to my attention and so I'm bringing it to yours:

Do read it all here ... and forward it to ANYBODY who's complacent about this election; who's wondering if McCain in the White House "would really be that bad;" who's still nursing some Hillary resentment and is thinking about sitting this one out.

Let me tell you a quick True Story: One of my die-hard Team Hillary circle said last week, "OK ... I'll vote for him. But I am NOT a "supporter." After a week of Sarah Palin? She's not only got Obama '08 yard signs in her yard and bumper stickers on her car ... she bought yard signs for her neighbors and extra bumper stickers "just in case."

I think that makes her a supporter.

What a rant, not to mention one packed full of lies, half-truths and innuendo. More proof that the Feminist Left is becoming completely unhinged. As Cal Thomas noted in a recent column, "Sarah Palin is to the Left what sunlight is to a vampire." The convulsions are getting painful to watch.

I did not find it a rant at all.

It was written quite calmly and matter of fact.

I did not find lies, half truths or any inuendo.

It spoke to me.

As one of the many in the rest of the world, I pray that McCain/Palin is not whom you lot pick. For all of our sakes!

GREAT piece, which I had read earlier.

I love the story about your friend. A blogger friend of mine has a similar story to share.

As your blog says- an inch at a time. But I worry, time grows short and I cannot bear the thought of a McCain/Palin win.

Not everyone who drinks the ReThug KoolAid need be published on YOUR blog, capice?