On "not trifling with the Communion" 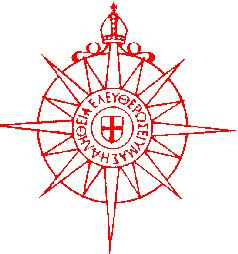 It's an interesting dialogue and I commend it to you but what I want to comment on here these concluding words from Kendall's post: "I want to plead with you to consider that the Anglican Communion is not something to be trifled with as if it were some kind of a game, as if it all came down to what the meaning of the word is is."

And I couldn't agree with him more.

You read that right. Agree. With Kendall Harmon. Couldn't agree with him more.

The Anglican Communion is not something to be trifled with. The noble experiment of holding together the tensions of catholicity and protestantism incarnated in a world wide communion of churches sharing bonds of mutual affection that transcend national, cultural and thelogical differences is the precious inheritance we claim as Anglicans. And it is an inheritance that is in danger of being squandered as surely as the Prodigal Son squandered his by those who doggedly insist not only that their criteria for being in communion is being agreed with but that their criteria trumps centuries of Anglican comprehensiveness.

If we succumb to the pressure from a percentage of petulant primates to abandon those bonds of affection that have traditionally bound us as a communion in favor of a new confessionalism requiring conformity of belief as a critera for communion we will be abandoning historic Anglicanism and reducing its spirit of comprehensiveness to a footnote in the history of the Church of God. I believe with all my heart that the marginalization of the gay and lesbian faithful grieves that heart of God and that anything less than the full inclusion of ALL the baptized falls short of God's will for God's church.

AND the issue on the table is much greater than any gay bishop or lesbian wedding. The issue is what will we do with this inheritance of ours. The quesion is what kind of church will we be. And, as Kendall Harmon says so wisely, this is not something to be trifled with. It is NOT some kind of game -- although it is being played like one. And it is being played to win.

Last year I had the privilege of standing on Capitol Hill and speaking against the Federal Marriage Amendment -- a transparently manipulative effort by the secular conservative fringe to introduce (yet again) the "wedge issue" of gay marriage in order to polarize the electorate and energize their base. The effort failed -- both on Capitol Hill and in the voting booth.

But what failed on Capitol Hill is succeeding in Canterbury and the Episcopal Church ignores the parallel to its peril. The at-least-a-decade-old-strategy of exploiting differences over human sexuality into divisions that can be used to split apart this church they could not create in their own image by the conservative fringe within the Episcopal Church is close to succeeding.

And like Kendall Harmon said: This is not something to be trifled with.
Posted by SUSAN RUSSELL at 10:32 AM

I could not agree with you more!