Lions and Tigers and Women Bishops ... Oh MY! 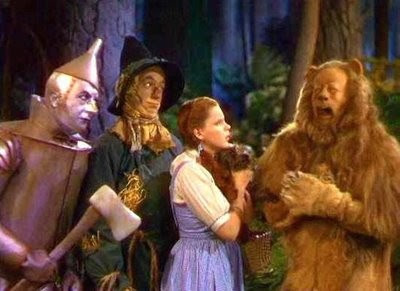 The Church of England moved another "inch" closer to an inclusive episcopate at their General Synod. Thinking Anglicans has a summary of the debate and Ruth Gledhill describes the conclusion thusly:
.
=====
So that's it! Unless the laity throw the whole thing out in the final vote at 10.30, admittedly a possibility, the rest of the amendments concern merely the code of practice.
What this means is that the Church is going to move towards the ordination of women bishops with a code of practice, with the draft legislation now to be drawn up to be considered in February next year.
It's not over long-term of course. The legislation will have to get a two-thirds majority in each house when it reaches the final vote in two or three years time. The narrowness of the vote on this motion shows just how close it could be and of course the women priests vote in 1992 only went through when one lay traditionalist woman crossed the house and voted for woman priests instead of against at the very last minute.
More debate after dinner with the final amendments, but women are going to be bishops and there will be a national code of practice for the trads. Christina Rees welcomed it as the 'lesser of two evils' and said the women would accept and work with the code of practice.
The former Archdeacon of York, Ven George Austin, who was watching the debate, has just left, almost in tears. He will stay in the CofE, as long as he has somewhere to worship. 'If I had been a serving priest, I couldn't have stayed.'
I hear rumours of a protest walk-out planned by 100-or so trads at the end of the sessions this evening. And of course there will be more meetings in Rome, more plotting.
.
======
.
So stay tuned for the latest plot developments in "As the Anglican World Turns" ... meanwhile, back to our regularly schedule Monday.
.
Posted by SUSAN RUSSELL at 11:38 AM