Report from the front:

AKA "News from Across the Pond" 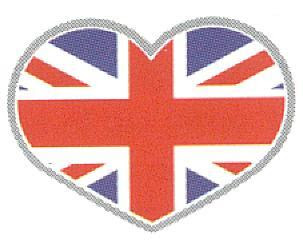 We're gearing up to "head over" at the end of the week: the UK cell phones have arrived and are charging away, the packing is partly accomplished and I've "messaged" our UK Facebook friends with "what's the weather going to be like" questions (thanks to Ruth Gledhill for the helpful hints!)

But we're also watching the OTHER news across the pond and it's been a busy week. For example:

Giles Fraser tells it like it is in the Sunday Independent:


The conservatives have decided that they can exploit the deep homophobia of many African Christians in order to stage a coup for the soul of the church. Suddenly, we are once again fighting the unresolved battles of the Reformation, with narrow-minded puritans seeking to impose their joyless and claustrophobic world-view on the rest of the church.

+Rowan Williams steps up in a sermon at the York Minister, according to this piece in the Telegraph:


In a sermon charged with emotion and feeling, but delivered with poise and unflinching stoicism, he set out his inclusive, all embracing vision for the Church. What would Jesus do is a good question to ask," he said. "Where would Jesus be is just as good.

He was reassuring the traditionalists opposed to women bishops that they would not be isolated and offering his support to those who feel threatened by fundamentalism on both sides of the different debates.

But he went further: "He will be with the gay clergy who wonder what their future is in a Church so anxious and tormented about this issue."

It is a shame that extending support to homosexuals in the Church should be a bold move, but it was and the Minster's congregation knew that; particularly considering that conservative Anglicans have just formed a rival church in response to the liberal attitude of the Western churches on the issue.

However, Dr Williams is not going to be cowed anymore into trying to appease everyone. That was what came across from his sermon.

Meanwhile, the Church of England is gearing up for a knock-down, drag-out over the issue of women bishops (yes, that's still an issue "over there") when it meets in Syod this week. Here's a report from today's Telegraph focusing on efforts of some "senior bishops" to cut a deal with Rome "just in case":

Senior Church of England bishops have held secret talks with Vatican officials to discuss the crisis in the Anglican communion over gays and women bishops. They met senior advisers of the Pope in an attempt to build closer ties with the Roman Catholic Church. Dr Rowan Williams, the Archbishop of Canterbury, was not told of the talks and the disclosure will be a fresh blow to his efforts to prevent a major split in the Church of England.

Wonderful!!!
Have a nice week.