Matthew Shepard and the Church 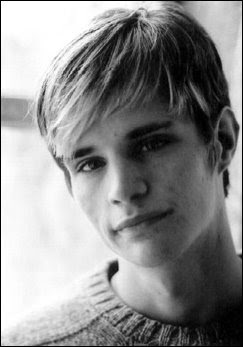 Tomorrow, October 12, 2008, is the 10th anniversary of the death of Matthew Shepard. In observance of that date and in celebration of Matthew's life, my friend and Integrity'a past-president Michael Hopkins offers the following reflection:

Matthew Shepard and the Church
by the Reverend Michael Hopkins

Ten years ago a young gay man, Matthew Shepard, was beaten and left to die in rural Wyoming. Two days later he did die. His death received national attention, joining with the death not too long before of an African-American man, James Byrd, dragged behind a truck in Texas.

The two deaths revealed the intolerance and hatred of "minorities" that still lies just below the surface of America. It can be said that we have come farther along in these last ten years both in terms of sexual orientation and race, but hate crimes continue as a sign that we have many miles to go.

I had a personal relationship with the death of Matthew. Besides being a gay man myself, Matthew was also an Episcopalian, as, of course, I am. In addition, I was President of IntegrityUSA (for all of ten days) at the time of his death. I felt compelled to attend his funeral at St. Mark's, Casper, on behalf of his sister and brother gay and lesbian Episcopalians.

There I came face to face with the hatred that killed Matthew in the guise of protestors from a church in Kansas led by a man named Fred Phelps. They held signs proclaiming Matthew was a "fag" who was even now burning in hell, and their verbal taunts were even more horrific. The only consolation was a group of good souls standing silently between them and those of us waiting in line in the cold outside the church.

Mr. Phelps and his followers are in the extreme even in the realm of those Christians who are of the opinion that sex between men or between women is intrinsically sinful. And yet the entire church that remains ambivalent about lesbian, gay, bisexual and transgender people is culpable in the physical, psychological and spiritual violence inflicted on us. This includes my own beloved church, much as most of it would term itself "progressive." Real discrimination continues and discrimination is at least spiritual violence, pure and simple.

In the Episcopal Church, one of the options for the general confession in our liturgy includes repentance for "the evil done on our behalf." It is a powerful phrase, although the church has barely begun to unpack the many ways it is true and face up to them, which is the only way for repentance to be genuine. The awful truth is that the death of Matthew Shepard was part of the "evil done on our behalf." Any amount of ambivalence or hostility toward lgbt people is in collusion with such an evil act.

Someone at the time of Matthew's death, on various listservs on which Episcopalians can be found, emotionally declared that the church had "blood on its hands." The statement was met with a great deal of protest and even outrage. As a leader, I myself distanced myself from the remark, its own collusion. It was, however, the truth.

My deep prayer as I contemplate this anniversary is that one day, in my lifetime, the church (at the very least, my church) will own up to this truth, repent of it, apologize, and finally amend its life to erase the ambivalence. As Matthew showed us, it is a matter of life and death.
Posted by SUSAN RUSSELL at 9:55 AM

Michael+ wrote
'My deep prayer as I contemplate this anniversary is that one day, in my lifetime, the church (at the very least, my church) will own up to this truth, repent of it, apologize, and finally amend its life to erase the ambivalence.'

May Matthew indeed rest in peace and rise in Glory.

This is a lovely post, and a very thoughtful one. Thank you for posting this.

What was done to Michael Shepard was a horrific crime. But that doesn't mean that anyone who thinks that homosexual acts are sinful are complicit in the crime. That's nonsense.

We teach that theft is sinful. If some self-styled vigilante decides to start killing thieves, are we then all complicit in her act?