One more time: God is NOT a Boy's Name 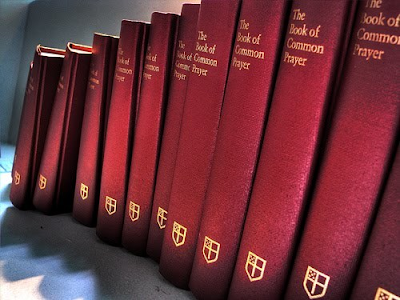 And lo it came to pass that the Episcopal Diocese of Washington adopted a perfectly reasonable, well-thought out resolution calling on those considering revisions to our prayer book to (and I quote:)


... utilize expansive language for God from the rich sources of feminine, masculine, and non-binary imagery for God found in Scripture and tradition and, when possible, to avoid the use of gendered pronouns for God.

I suppose in the Age of Trump I shouldn't be surprised by anything -- particularly anything that involves just how virulently patriarchy, misogyny and sexism infect our human family in general and our American psyche in specific. But I'll admit I was.

Oh, not by the IRD/Breitbart/Daily Caller crowd who never met a step forward toward a more expansive expression of God's inclusive love by the Episcopal Church they couldn't turn into a Sky Is Falling Click Bait Headline for their base to devour. We're a familiar target.

And it's not like I live in such a bubble that I don't know there are folks for whom the very notion of prayer book revision strikes terror in their souls, giving them PTSD flash backs to green books and zebra books and lions and tigers and bears ... oh my!  The last process for prayer book studies which led to the current (please, please, please do NOT call something published in 1979 the "new" prayer book) Book of Common Prayer began in ... (wait for it) ... 1950.

But seriously, people. This is 2018. It is long past time to explore how and where our finite language for our experience of the infinite can be expanded rather than limited by binary, gendered imagery for God. Yet, there is this comment by an Episcopalian on the ENS article on the Washington resolution ...


When God took the form of a human God chose to do so as a male. While taking the form of a mortal Christ taught us to pray to “Our Father.” This seems like a pretty clear self-identification by God with the male gender.

In 1973 Mary Daly famously wrote "If God is male then the male is God" -- a misapprehension feminists have been debunking for decades. And yet in 2018 -- as we're being called by our transgender and gender fluid siblings to look beyond binary language for gender in general -- in the church it seems that we sadly are still not past the debate about whether or not God is a boy's name. Seriously.

Verna Dozier in her awesome book "The Dream of God" wrote: "I will trust that if I move today by the light that is given me, knowing it is only finite and partial, I will know more and different things tomorrow than I know today, and I can be open to the new possibility I cannot even imagine today."

It took "the church" 350 years to realize that Galileo knew more and different things than his biblical ancestors did about astronomy and to get itself back on the right side of history by apologizing to him. Let's see if we can't do a better job of getting ahead of the curve on gender -- and putting the patriarchy behind us.

Posted by SUSAN RUSSELL at 8:38 PM No comments: