Truth & Love: A Homily for a Seminary Eucharist 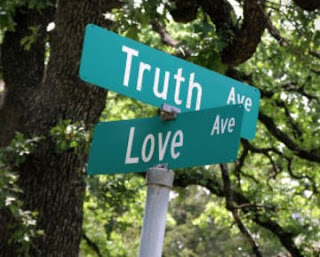 Homily preached on Saturday, September 25, 2021 at The Episcopal Theological School at Los Angeles (AKA Bloy House)

Send us anywhere you would have us go 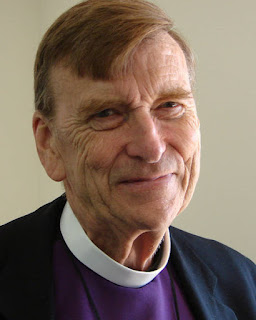 Send us anywhere you would have us go … only go there with us.
Place upon us any burden you desire … only stand by us to sustain us.
Break any tie that binds us … except the tie that binds us to you.
This is a blessing I love … one I give whenever I have the chance. There has rarely been a Sunday in the 20 years I’ve been at All Saints Church that someone hasn’t asked me for a copy of it -- so that tells me I’m not the only one it touches in a very deep way ... including Grammy award winning composer Bruce Babcock who turned the text into a choral anthem a few years back.

It is a blessing I inherited from +Liz Habecker-- the priest who sponsored me for ordination. She herself inherited it from the bishop who ordained her back in 1977 in the Diocese of Newark: the Right Reverend John Shelby Spong … AKA Jack ... who left this realm today at the age of 90.To say that Jack Spong was a controversial figure in the Episcopal Church is to perfect the art of understatement. Over the years I’ve read most of what Jack written – agree with some of it, disagree with lots of it and frankly don’t quite get a great deal of it. But I love that we’re part of a church that gives us – all of us – you and me and Jack Spong and everyone in-between -- the freedom to think things out, to imagine things through, to risk being wrong.

And that’s what I love about Jack’s blessing: I love its focus on the freedom of knowing that wherever we go, God goes with us. Whatever burden we bear, God stands by us to sustain us. Whatever ties bind us or restrain us or restricts us pales in comparison with the tie that binds us to the God who created us in love and then sent us out to love one another in return.Send us anywhere you would have us go … out of our comfort zone – out of our context – out of what is safe and familiar and “home” … into this school year, program year, election year … confident that no matter where we go, you go with us.Place upon us any burden you desire … and help us remember that you will stand by us to sustain us through even the burdens that come from not from you but from the brokenness of this world that has failed to live up to your dream for it. Break any tie that binds us … ties to “how we’ve always done it” … ties to living in safety rather than reaching out in risk … ties to the fears that persuade us to build walls rather than bridges.

To claim that blessing as our own is to claim the freedom it promises: to claim the power of God’s love to transform even the fear in our hearts into strength for the journey – the journey we make together with Jesus and with all the saints who have gone before us and now cheer us on from that balcony in another realm ... including the inimitable Jack Spong.

Rest in peace and power, +Jack. We are so much better for the courage of your work and witness.

Posted by SUSAN RUSSELL at 6:47 PM No comments: