It Is Never Just A Joke 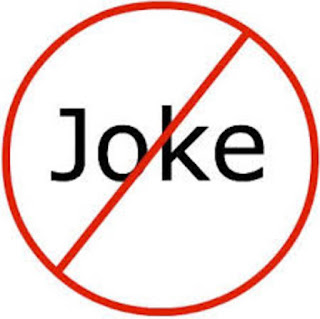 It is always just a joke -- and if you don't "get it" then you're the one with the problem.
It is also a foundational skill required to pass Gaslighting 101: Fundamentals in Perpetuating Patriarchy.
And it is one of the most frequently used tools in the toolbelt of those who use insults to undermine confidence and credibility in an ongoing effort to perpetuate the dominance and control which are essential components of the DNA of toxic patriarchy holding our democracy in a death grip.
So no. It is never just a joke.
And it is long past time for all of us stand up and say so when the toolbelt comes out and the gaslight gets lit.
The most recent paradigmatic example is of course the one currently trending on social media: Kevin McCarthy's recent Gold Medal in Gaslighting.
ICYMI, in a fundraising speech before an estimated 1,400 Republicans in Tennessee, he told the crowd that if the Republicans win the House in the midterms he wants everyone to come down because "I want you to watch Nancy Pelosi hand me that gavel" ... and then added: "It will be hard not to hit her with it."
The "It will be hard not to hit her with it" was of course (wait for it) ... "a joke."
And those of us who didn't think it was funny are the problem.
Except it is never just a joke. It is variant of the viruses of sexism and misogyny that infect our body politic and it is what has for too long made sexual harassment and violence against women team sports in our nation.
And it is time for it to stop.
Posted by SUSAN RUSSELL at 5:04 PM No comments: