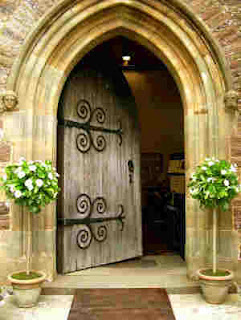 This press release was in my inbox when I woke up this morning:

In my 25 years of ordained ministry I have been saddened by announcements such as these many times -- and I am saddened again by this one. +Bill Love has made a principled decision that he cannot remain in a church that assents to the full inclusion of LGBTQ people in the Body of Christ. That is his decision to make and God’s job to work out with him.

At the same time, we have made a decision that we will be a church where there will be no outcasts ... meaning the church will not cast you out for being who you are. And while we continue to strive to make that aspiration a reality in the ongoing process of becoming Beloved Community, let me repeat this refrain: there is an ontological difference between being excluded because of who you are and feeling excluded because you’re disagreed with.

Bishop Curry has reiterated a fundamental value of Anglican comprehensiveness: there is plenty good room for all God’s children in this church. Even for those who choose to leave because others are welcomed in. The door is always open. The table is always set.

Posted by SUSAN RUSSELL at 9:17 AM No comments:

The Equality Act: What Religious Liberty Is and Isn't 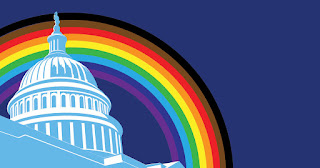 With the Equality Act heading to the Senate, religious liberty has been trending on Twitter— and not in a good way. So here’s a little reality check from Chaplain Susan's archives:

Religious liberty is NOT the liberty to impose your religion on everybody else.
The First Amendment protects us from any laws “impeding the free exercise of religion” thus guaranteeing that each and every American has the liberty to believe — or not believe — absolutely anything he, she or they chooses about what God wills or intends, blesses, or condemns. It also — thank God — protects the rest of us from any other American imposing those beliefs on us.
For example:
So when our elected representatives are making decisions about equal protection for LGBTQ Americans the question isn’t what the Bible says but what the Constitution says.

The First Amendment is doing its job protecting our religious liberty. And anybody who tells you otherwise needs to do a little remedial reading of the Ninth Commandment. (I’ll save you having to look it up: that’s the “Thou shall not bear false witness” one.)
And it you're a person of faith, make your voice heard -- loud and clear -- to your Senator. If we don't stand up and speak out the only faith-based narrative they will hear is from those trying to hijack the Holy Scriptures we hold in common and use them as a weapon of mass discrimination against LGBTQ people.
Our voices are nothing less than a vaccine against the toxic theology that relegates LGBTQ Americans to second-class citizenship -- and if ever there was a time to raise those voices it is now as we continue to work for "herd immunity" against the viruses of homophobia and transphobia that infect our nation.