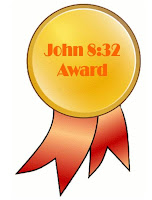 Louie Crew draws our attention to the fact that today is an important anniversary:

Nineteen years ago yesterday there were no "out" gay or lesbian deputies to the Episcopal Church's General Convention.

Nineteen years ago today Jane and Pat ended the silence and spoke their truth to their Episcopal Church -- a giant step forward in living out the scriptural promise in John 8:32 that the truth WILL set us free.

Tomorrow is another anniversary. One year ago -- on July 17, 2009 -- the House of Deputies concurred with the 104- 30 vote two days earlier in the House of Bishops to adopt Resolution C056 which called for a renewed pastoral response from this Church for marriage, civil unions or domestic partnerships for gay and lesbian persons.

What a difference nineteen years makes. Here's the statement we issued from Anaheim last year, marking the movement forward by our General Convention -- the same body that nineteen years before had not known itself to even HAVE any gay or lesbian members:

The Episcopal Church turned an important corner at this General Convention and Integrity applauds the hard, faithful work of the bishops and deputies who brought us closer to the full inclusion of all the baptized in all the sacraments. We came to this convention committed to moving the church beyond BO33 and forward on equality for the blessing of same sex unions -- and we are beyond gratified that we have realized both of those goals.

Thirty three years after promising “full and equal claim” to the gay and lesbian baptized, the Episcopal Church has affirmed equal access to ordination processes for all orders of ministry for all the baptized, has approved a broad local option for the blessings of our relationships and has called the church to work together toward common liturgical expressions of those blessings.

It is a great day for the church and a greater day for the witness to God’s inclusive love.

“While Integrity’s advocacy work is not yet done,” said Integrity President Susan Russell, “the actions here in Anaheim liberate us to get on with our evangelism work – proclaiming the good news of an Episcopal Church that welcomes not only LGBT people looking for a spiritual home but ALL those seeking a faith community that shares their core values of justice, compassion, inclusion and love.”

“We celebrate this historic movement forward and we commit ourselves to this church we love and serve to continue to witness to the good news of Christ Jesus present in our lives, our vocations and our relationships – and to call others to “come and see” what we have found and seen and experienced in the Episcopal Church.”

“Integrity applauds the hard work of all our allies in this struggle and lifts up particularly the witness of our TransEpiscopal colleagues whose courageous work at this convention has been truly extraordinary. We look forward to working with all our allies as we move forward together into God’s future, giving thanks for the good work here in Anaheim that has brought us closer to that church with “no outcasts” former Presiding Bishop Edmond Browning called us to be.”

A year later, the Episcopal Church is hard at work making that resolution (C056) a reality. The Standing Commission on Liturgy & Music has convened three task forces to implement the call to "collect and develop theological and liturgical resources" through an "open process ... inviting participation from provinces, dioceses, congregations, and individuals who are engaged in such theological work, and inviting theological reflection from throughout the Anglican Communion."

I am honored to be co-chairing one of those task forces with Canon Thad Bennett from the Diocese of Vermont and delighted to report that our work got off to a great start with an energetic first-meeting here in Los Angeles last week -- and I look forward to our work together over the next two years and to the resources we will present to our church through its General Convention in 2012 in Indianapolis.


And I'm thinking today how much we owe Jane and Pat. And Louie and Michael and Kim and Elizabeth and Carter and, and and ... and countless others in that cloud of witnesses who were willing to speak their truth in order to set their church free -- free to live into its call to fully include all the baptized in all the sacraments of the church.


No, we're not "done" yet ... but years ago George Regas+ taught us to "set audacious goals and celebrate incremental victories." We have not yet achieved the audacious goal of eradicating homophobia and fully including the LGBT baptized in the work and witness of the Episcopal Church, but today we celebrate the anniversary of the incremental victory in 1991 when Jane Garrett and Pat Waddell stood up and spoke out.


What a gift they gave us all. And in honor of that gift, let us pause today to give thanks for them and for that incremental victory -- as we continue the struggle toward that audacious goal of a church where there truly are NO outcasts!
Posted by SUSAN RUSSELL at 9:36 AM

Amen! And thank you for remembering our history and being part of our future with what you are doing in the present.
I am struck that the "coming out" of the deputies was in 1991. That would have been the same year that my own mom announced in the parish where I grew up in New Hampshire that she was a proud PFLAG mom of a lesbian daugther. Her presence did a lot to move my childhood church home toward full acceptance of LGBT people. Now look at NH: +Gene Robinson since 2003... and there are lesbians on the vestry at Christ Church!
God is good!