As the Anglican World Turns: Season ?? 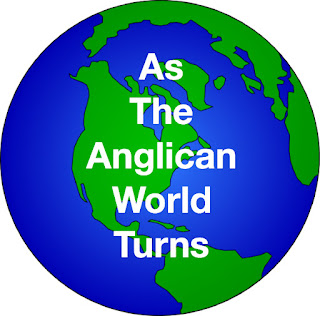 I've lost track of which season we're in of the ongoing soap opera, but do know that a new chapter is beginning as the Anglican Primates meet in Canterbury beginning today.

I've written about it here on the Huffington Post in a piece that begins:


While its viewership won't come close to that other famous British drama Downton Abbey, we are about to begin a new season of the real life soap opera we've come to think of As the Anglican World Turns.

The new season is being launched with the January 11-16 meeting of the Anglican Primates -- an unfortunate term for the heads of the 38 autonomous churches that make up the Anglican Communion. The Archbishop of Canterbury has called the meeting to bring together leaders from around the world-wide communion to prayerfully consider critical issues including religiously motivated violence, the protection of children and vulnerable adults, the environment, and human sexuality.

A recurring theme in the ongoing storyline of As the Anglican World Turns has been threats by some members of the wider Anglican family not to show up at events if other members of the family are on the guest list -- in particular the gay members, the lesbian members and the transgender members: or any members who support the full inclusion of any of the above in the Body of Christ.

But after I wrote that an extraordinary thing happened.

There appears to be some actual leadership coming from the Archbishop of Canterbury, who said in an interview yesterday:


"It would not be good if the Church is unable to set an example to the world of showing how we can love one another and disagree profoundly, because we are brought together by Jesus Christ, not by our own choice."

"Certainly I want reconciliation, but reconciliation doesn't always mean agreement - in fact, it very seldom does. It means finding ways to disagree well and that's what we've got to do this week.

"There's nothing I can do if people decide that they want to leave the room. It won't split the communion." He added: "The Church is a family and you remain a family even if you go your separate ways."

Exactly. And -- at the risk of being encouraged -- these do not sound like the words of a man who is going to blackmailed into booting some members of his Big Fat Anglican Family out of that family because others are threatening to leave if he doesn't.

Rather, this sounds like the words of a man who is differentiated enough to be willing to take the schism card out of the hands of those holding the rest of us hostage to their demands that agreeing with them is the sole criterion for being a member of the Anglican Communion.

We shall see what we shall see -- but, for the moment, I like the way this season -- even if I can't remember what number it is -- is shaping up.

As Rachel would say: Watch this space.
Posted by SUSAN RUSSELL at 11:51 AM