When the church is wrong 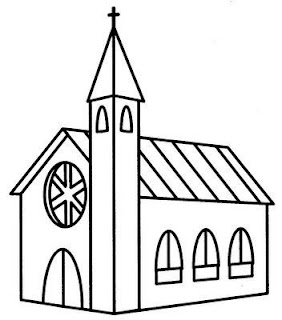 So here are some words I don't find myself saying very often: "You totally need to read this Baptist Blog." But check this out ... from 3 words for the church in 2019: ‘we were wrong’ by Mark Wingfield.

Too much of Christianity is built upon absolute certainty and not enough on divine mystery. I’m reminded of one prominent Southern Baptist pastor who assuredly declared that he had not changed his mind on anything ever. And I’m haunted by the words of an older adult friend who struggled with our church’s decision two years ago to be fully inclusive of LGBTQ Christians. After hearing a presentation on various ways to understand Scripture, he said: “You’re asking me to say that what I learned about the Bible from my parents and grandparents was wrong on this issue. And if I say they were wrong about this thing, then I have to ask what else they were wrong about. I just can’t do that.”

The answer, sadly, for many is yes. And the result -- which I wrote about during Advent in "The War on Truth" -- is a willingness to ignore any data that messes with that house of cards: and that inflicted  collateral damage on our civic discourse.


Marinated in a toxic stew of bad religion, patriarchal privilege and internalized oppression it is not surprising that current statistics tell us 30% of Americans believe without question whatever they are told by those they trust — even when that narrative works against their self-interest. In a context where fact-checking is represented as the road to faithless secularism, truth becomes collateral damage in a war to keep a worldview in place — and questioning any one groundless assertion is like pulling one card out of the house of cards that could come crashing down … and that is both terrifying and immobilizing.

But it doesn't have to be that way. And when Baptists like Mark Wingfield step up to say "we were wrong" it starts to feel like we're at a turning point. It also reminds me of a story.

It was June 2003 -- just days after Gene Robinson’s election as a bishop in the Diocese of New Hampshire -- and then-Integrity-President Michael Hopkins was invited onto the Buchanan & Press show on MSNBC to speak in support of that election. After a rather rambling preamble about church history, scripture and the “faith received from the fathers” Pat Buchanan asked Michael (and I quote from the transcript):


BUCHANAN: ... you're saying the church was wrong then?

HOPKINS: I am saying it was wrong. I am saying the problem is that the church has been in hiding all of these years because there have always been gay clergy … they were just forced to live in the closet, to live lives of secrecy.

The Episcopal Church owes a lot to Michael Hopkins and all those who have loved it enough to tell it that it was wrong. And 15+ years later it's encouraging read Mark Wingfield and be reminded that la lucha continua ... the struggle continues. And we're all in it together.

John 8:32 ... The truth will set you free. But first you have to tell the truth. And the truth is -- sometimes the church is wrong.
Posted by SUSAN RUSSELL at 9:06 PM