The Role of Toxic Religion in Dismantling Democracy 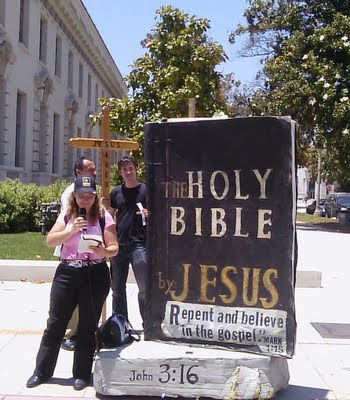 If we manage to survive as a human race long enough, a few hundred years from now scores of PhDs will be earned as scholars analyze the combination of social, political, and economic factors leading to the rise of the current resident of the White House and to the concurrent orchestrated violent assault on our constitutional democracy. So, let me get a head start.
I’m convinced toxic religion is a prime cause of the mess we find ourselves in as a nation.

Yes, there are a complex set of factors that lead to the rise of the populist, nationalist, sexist, xenophobic, white supremacist, homo/transphobic toxins that have contaminated our body politic and dominated our public discourse.
But incubating those factors into this particular set of toxins requires a kind of cultural Petri dish which will simultaneously provide the nutrients necessary to nourish the toxic worldview while protecting it from contaminates like data, facts, diversity and multi-cultural competency.
The biblical literalism foundational to 21st century American Evangelicalism does precisely that.
It feeds, waters and fertilizes exclusively male language for God -- marginalizing women and non-binary people, perpetuating the patriarchy and fanning the fire of unexamined privilege --ultimately making a Putin-style autocracy appear preferable to a democracy where brown and black women have voice and power and leading to the kind of violence we saw in our nation's Capitol on January 6.

Make no mistake about it: it is a very short journey from “the Bible said it, I believe it, that settles it” to “my country, love it or leave it” – with a direct connection to the rise of nationalism, sexism, white supremacism and the rest of the litany of isms that plague our nation and our world: the rise of the forces we struggle against daily as we live out our baptismal promise to persevere in resisting evil and the forces that have assembled to create the climate of violent extremism that fueled the assault on our Capitol, our Congress and our Democracy.
What we saw in sharp relief on our televisions and twitter feeds on January 6 -- and continue to fight against in our body politic -- is the effect of an anti-fact virus epidemic super-spreading in a population pre-programmed to believe fact-based science is an enemy of faith.
It quite literally lays down neuron tracks in the brain set up to reject as “fake news” the very science that calls us to come together to protect each other from COVID19 and to save what we can of this planet we have exploited -- as well as the fact based reporting of historic levels of corruption and obstruction at the highest levels of our government in general and the certified outcome of a free and fair election in specific.
To be clear: the beauty, power and importance of the First Amendment is that it protects every last one of us to freely exercise the religion of our choice – including the freedom to exercise no religion at all. And including the freedom to reject science, fact and data and to believe whatever one chooses about what God wills, blesses or condemns.

However – and it’s a big however – the First Amendment does not protect the right to confuse the freedom to exercise religion with the license to impose religion. And the job of defending the Constitution against all enemies – foreign and domestic – requires each and every one of us to do our part.
If we are going to save our nation from devolving into a kind of theocratic oligarchy, those who believe that science and data are things – those who embrace the vision of a nation where liberty and justice for all literally means all -- must provide an antidote to the toxins of ignorance and “alternative facts” threatening our constitutional democracy with polarization, division and violent overthrow.
Otherwise we risk finding ourselves in the last scene of the last act of “Camelot” -- looking for a boy to run and tell the story of what almost was: a nation conceived in liberty and dedicated to the proposition that all people were created equal.
The stakes are too high, the challenges are too great, and the struggle is too real to do anything less than to stand up, to speak out and to resist the rise of the populist, nationalist, sexist, xenophobic, white supremacist, homo/transphobic toxins contaminating our body politic and dominating our public discourse.

[This is a reprise of a piece I've posted previously ... updated in the light of the January 6 domestic terrorist attack on our Capitol.]
Posted by SUSAN RUSSELL at 9:28 AM