Acting as an Antidote to the Virus of Homo/Transphobia 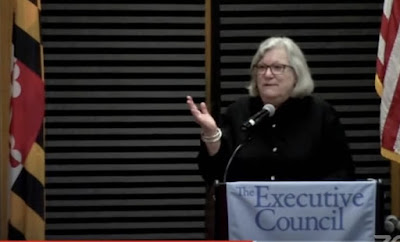 The nature of a virus is to produce variants in order to survive. According to the CDC: "The best way to slow the emergence of new variants is to reduce the spread of infection." This wisdom applies not only the COVID-19 virus that continues to prey upon our global human family in general, but to the virus of homo/transphobia that continues to prey on our LGBTQ+ siblings in specific.
And today heavy on my heart is the news of a particularly virulent variant of that virus rearing its ugly head in the nation of Ghana.

If you missed the memo, CNN does a good job of summarizing the situation in this October 8, 2021 feature exploring the connections between the U.S. far-right influence on the draconian anti-LGBTQ legislation pending in Ghana.

[Gay activists] denounced the claim that homosexuality is a Western import or that LGBTQ activists were out to recruit and convert straight Ghanaians. "The same people they claim to have brought homosexuality to Africa are the same people who told them to have this hate they are using against us. There have always been queer Ghanaians. The anti-LGBTQ "family values" coalition have long been a loud presence in Ghana, but it was never organized or particularly strategic. That changed when a US group promoting those same "family values" organized a conference in Accra in late 2019 -- just before the Covid-19 pandemic hit. The U.S. right-wing people were here and after that there was a rush to push legislation."

Once again we see that toxic religion mixed with right-wing politics create the perfect Petri dish to incubate new and ever more virulent variants of the virus of homo/transphobia that puts the lives of LGBTQ+ people at risk. Toxic religion is arguably the Patient Zero for the spread of this particular virus variant -- a variant that has evidently spread to the Anglican Church in Ghana.

In an October 20th feature in The Living Church Kirk Peterson reported that Anglican Bishops in Ghana have endorsed the legislation. From the TLC feature:

“The support of the church for the Anti-LGBTQI Bill is borne out of the belief that the practice is unbiblical and ungodly. We see LGBTQI as unrighteousness in the sight of God and therefore will do anything within our powers and mandate to ensure that the bill comes into fruition. Leviticus 20:13 clearly declares that, a male lying with a fellow male is an abomination and punishable by death."

These reports have sparked a call for Anglican leaders in general -- and the Episcopal Church in specific -- to stand up and speak out for God's LGBTQ+ beloved who find themselves in harm's way as the virus spreads.

So what are we to do? If "the best way to slow the emergence of new variants is to reduce the spread of infection," how can we be agents of change in reducing the spread of infection of the toxic religion that feeds, waters and fertilizes the demonization and scapegoating of LTBTQ+ people in the service of political agendas committed to division and polarization?

We start by standing up and speaking out as people of faith -- refusing to allow the Good News of the Gospel be hijacked as a weapon of mass discrimination against LGBTQ+ people. We start by continuing to offer a rebuttal to the rabid rhetoric of the religious right.

And this morning -- at the opening session of our Episcopal Church's Executive Council -- President of the House of Deputies (PHOD) Gay Clark Jennings did exactly that. Hear these words from her Opening Remarks;

According to news reports, the House of Bishops of the Anglican Church in Ghana has endorsed a draconian anti-LGBTQ law now awaiting a vote in the Ghanaian parliament. This is upsetting and particularly regrettable in light of the 2005 commitment of the primates of the Anglican Communion to stand against the “victimisation or diminishment” of LGBTQI people.

For our part, in 2015, General Convention passed Resolution A051, which commits us to stand with our LGBTQI Anglican siblings in Africa, and that our churchwide offices, including the Office of the Presiding Bishop, “be directed to work in partnership with African Anglicans who publicly oppose laws that criminalize homosexuality and incite violence against Lesbian, Gay, Bisexual, Transgender, and Intersex people.”

I expect that it has not yet been possible to understand exactly what has transpired in the church in Ghana, and what kind of risk our LGBTQI friends and allies there are now facing, but we must commit ourselves to standing with them in whatever ways we can. I hope that it will be possible for us to discuss this matter at this meeting with the goal of hearing a full report and taking action in keeping with Resolution 2015-A051 at our January meeting. Mission Beyond, I believe that this is in your portfolio.

"We must commit ourselves to standing with them in whatever ways we can."

Those ways will emerge in the days and weeks ahead: the ways we can work to reduce the spread of infection; the ways we can live out our baptismal promise to strive for justice and peace among all people, and respect the dignity of every human being. But in the short term, here are two things we   can do: