The Arc Doesn't Bend Itself: The Struggle Continues for LGBTQ Equity in the Church 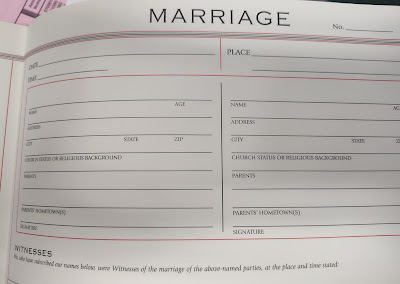 So if you're following the debate across the pond in the CofE over blessings, marriage and whether or not LGBTQ people should be fully included in the Body of Christ (spoiler: not quite "there" yet!) just a little contextual reminder that way back in 1997 the Episcopal Church adopted Resolution D011, issuing a formal apology to "lesbians and gay men" for "years of maltreatment and rejection by the Church" and vowed to "seek amendment of our life together as we ask God's help in sharing the Good News with all people."
And it still took until 2015 to amend our canons on marriage and approve liturgies for equal use by same and opposite sex couples. And there are still a handful of dioceses where same-sex couples have to jump through hoops their opposite-sex siblings do not -- so we are not done yet.
The arc of history is long and it bends toward justice/inclusion ... but it doesn't bend itself. The journey continues. The struggle continues. And we will overcome. Hats off to all who are engaging "Mother Church" in the good fight. La lucha continua. And we are in it to win it ... together!
==========
NYT Report: Church of England Will Bless Same-Sex Couples, but Won’t Marry Them