What happens in Las Vegas ... 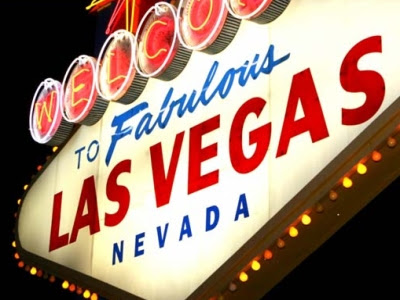 At least it doesn't if you're All Saints, Pasadena rector Ed Bacon and you're addressing members of the American Bar Association on the subject:

A CHURCH'S PERSPECTIVE ON ENFORCEMENT
OF THE POLITICAL CAMPAIGN PROSCRIPTION

That's a mouthful! The presentation was at the January 18th luncheon meeting of the American Bar Association Tax Exemption Section and it focused on our journey at All Saints Church with the IRS.
.
Here's a link to the whole paper ... here are some highlights to get you started:

======
.
Challenging bigotry and violence are expressed at All Saints in our preaching about and organizing letter writing campaigns against the current immoral and unjust war in Iraq, the practices of torture that accompany it, the resultant depletion of funds for basic care of the vulnerable and marginalized among us, and the erosion of civil liberties and the First Amendment attendant in this war’s wake.
.
These issues are not some liberal or progressive political agenda. Rather they come from a deeply held religious conviction shared by many compassionate people of differing religious traditions. All Saints Church’s practice of religion has deep roots in the belief in what Gandhi called, "the democracy of souls." We believe that all policies mitigating against the sacredness of every human being must be criticized from the pulpit, protested in public, and organized against.
.
I find it both reductive and dismissive to call our social and political activism a result of All Saints being a Liberal or Progressive Church. There are important theological foundations at stake in what we say and do. This is our religion.
.
Rabbi Abraham Joshua Heschel put my point this way when he was marching with Dr. King in Selma, Alabama, "When I was marching I felt that my feet were praying." Faith without works and action is dead. Many religious people are so concerned about getting to heaven that they are no earthly good. Jesus’ primary concern was what he called "The Kingdom of God," which has less to do with getting to heaven and all to do with bringing heaven to earth – especially for the poor, vulnerable, and marginalized.

All Saints and many other churches offer a very different perspective on Jesus and the Christian message. Rather than having our tap root in evangelicalism (although we express the news we share as "good news," the literal translation of the root word, "evangel") All Saints’ grounding is in what is commonly referred to as prophetic Christianity – a religion, which, like Crusade Christianity, is also deeply prayerful, but which seeks to balance prayer and faithful action.
.
The focus of this Christianity is not the salvation of individual souls but seeking the salvation of the entire human community through radically inclusive love, justice and peace – for all – particularly for the marginalized and vulnerable both in our neighborhoods and in the world.
.
This we believe is the faith that Jesus observed, forming his own religious practices and shaping his own view of God from the tradition of the 8th century Hebrew prophets. Jesus focused much of his ministry on the message and behaviors of those prophets who went before him. Jesus saw himself as a prophet (Luke 4: 24). Albert Nolan has written, "He does not seem to have ever contradicted anyone who referred to him as a prophet. In its basic inspiration, therefore, Jesus’ spirituality was like that of the Hebrew prophets. (Nolan, Albert, Jesus Today; A Spirituality of Radical Freedom, p. 63)
.
Prophetic religion is given not to claiming that Christians are advantaged before God over other religionists. Rather, prophetic religion is given to authentic interfaith collaboration in the service of increasing the quotient of compassion, justice, and non-violence in one’s interpersonal relations and in one’s nation and the world.

All of this political activity is for us at All Saints fundamentally an act of expressing our spirituality which is rooted in a supreme unifying principle of the sacredness of every human being, equally precious before God. Starkly put, an Iraqi human being is just as worthy as an American human being, and we have a moral responsibility to protest any leader whose policies are intentionally destructive of any segment of humanity. This is for us the core of our spirituality. It also very often is intrinsically political.

We teach at All Saints that when God made us God said that we were good – that each of us has an intrinsic goodness and godliness which is not removed by the reality of evil and sin in our behavior. There is so much in that article of faith, but one small item is that all of our feelings are important messengers. And the message carried by the feeling of anger is that there has been a violation and there is a need for setting limits, establishing boundaries, and verbalizing resentments. I think we have done the latter.

However my parish and I still believe that a rather recent regulation ruling from the IRS shows that our practice of religion is still vulnerable – particularly in situation 16 which paints a scenario of a non-profit taking a position on a value which has been central in a political campaign.

It is easy to extrapolate a situation for All Saints or any other pulpit next November to continue not being silent about the issues of the day – from immigration reform to the brokenness of our country to the fact that we are "a torture nation, a nation in an unjust war; a nation with three million men in prison, disproportionately African-American; a world broken by the gulf between the rich north and the desperately impoverished south; and a world on the edge of environmental disaster." (James P. Carroll, "Church: According to Constantine?" A Presentation to All Saints Church, Pasadena, Ca., Monday Evening June 11, 2007)
.
We will not and cannot be silent about these issues which prevent us from our religious responsibility to help God turn the human race into the human family. . Many of us thought there were certain issues that past years of American history had settled and put to bed.

We have jadedly learned through our case that fear itself – a manifestation of evil Jesus preached against over and over in his words, "Do not be afraid," – fear can still cause reasonable people and even reasonable governmental services to do democracy-destructive things.

So we at All Saints think that the task of addressing the government regarding basic First Amendment principles may well again cause us to speak truth to power and tell the government to get on their side of the line.

Posted by SUSAN RUSSELL at 2:22 PM

"This we believe is the faith that Jesus observed, forming his own religious practices and shaping his own view of God from the tradition of the 8th century Hebrew prophets. Jesus focused much of his ministry on the message and behaviors of those prophets who went before him."

Since Jesus IS God, what on earth does this mean? The Muslims believe that Jesus was a prophet. We believe him to be the Son of God.